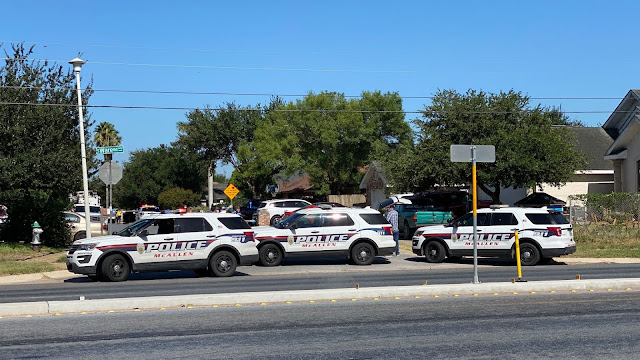 Two police officers were fatally shot and a suspect killed himself on Saturday in the border city of McAllen, Texas, authorities said.
The officers were responding to a domestic disturbance call Saturday afternoon, and a suspect opened fire as they approached the door of the home, according to McAllen Police Chief Victor Rodriguez.
"The officers never had a chance to suspect a deadly assault on them, much less death, at that moment in time," he told reporters.
He continued: "Our officers did not draw their weapons, did not fire, never stood a chance, never had a chance. They didn't suspect a reason."
Rodriguez said when more officers arrived at the scene to check on the call, they approached the area where the first two officers were down.
Then, Rodriguez said, the suspect exited the home, ignored the officers' calls to put down his gun, then shot himself to death.
McAllen city officials identified the fallen officers as Edelmiro Garza and Ismael Chavez.
"McAllen is hurting & hour hearts & prayers go out to them during this difficult time," city officials said in a statement.
Texas