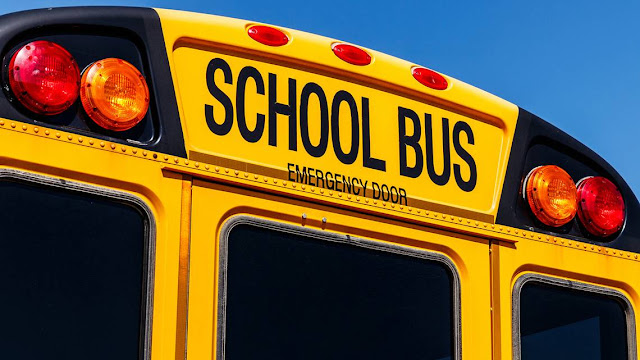 President Trump on Wednesday threatened to cut off federal funding for schools if they do not resume in-person learning this fall and criticized a top government health agency for being too tough with its guidelines to aid that process.
"The Dems think it would be bad for them politically if U.S. schools open before the November Election, but is important for the children & families. May cut off funding if not open!" Trump tweeted.
In a separate tweet, Trump said he disagreed with the Centers for Disease Control and Prevention (CDC) "on their very tough & expensive guidelines for opening schools. While they want them open, they are asking schools to do very impractical things. I will be meeting with them!!!"
The president and his allies have mounted a full-court press this week to urge school administrators and local officials to resume in-person learning as they encourage the country to get back to normal despite surging coronavirus cases in many states.
Trump said a day earlier he would pressure governors to reopen schools, and Education Secretary Betsy DeVos told state leaders on a conference call that plans to only allow in-person activities a few days a week were unacceptable.
The CDC has issued guidance to inform school officials' decisions on how to allow for social distancing and is preparing additional recommendations to help schools determine when and how to reopen in an orderly manner.
The existing CDC guidance, which is voluntary, emphasizes opening safely and that schools should only dismiss classes for longer than two weeks if there is “substantial” COVID-19 spread in their communities.
Schools in communities with “minimal to moderate” COVID-19 spread should increase the space between desks to at least six feet, stagger arrival and dismissal times and cancel field trips and other large gatherings.
Teachers unions have argued schools need more funding to keep students and staff safe from COVID-19.
“Trump and DeVos woke up yesterday about the importance of public schooling. They demanded schools reopen but they didn’t offer any plans or resources to support schools,” tweeted Randi Weingarten, president of American Federation of Teachers.
“Trump and DeVos may want to play it fast and loose with the lives of people who go to restaurants and hair salons, but we’re not willing to play it fast and loose with the kids and teachers who go to schools.”
Trump claimed in a tweet on Wednesday that schools are open "WITH NO PROBLEMS" in Germany, Denmark, Norway and Sweden, among other countries. The countries Trump listed have significantly fewer coronavirus cases than the United States, which has roughly 3 million reported infections.
Sweden in particular has been a cautionary tale for other countries. It allowed schools, restaurants and other public spaces to remain open amid the coronavirus pandemic and has seen higher death tolls and infections than other nations that opted to shutdown.
Trump himself has cited Sweden in defending his decision to support social distancing measures in March and April that restricted U.S. businesses.
Schools across the U.S. dismissed students in the early days of the pandemic amid questions about what role children play in spreading the virus.
Experts have noted that the economic recovery is in many ways tied to school reopenings as parents have been forced to balance work with child care and homeschooling. Opening schools would allow people to go to work and could benefit the economy.
There is evidence the coronavirus is far less lethal for young people. Still, there are concerns about asymptomatic school children bringing the virus home to older relatives and about whether older teachers, administrators and school staff members would be able to safely return to their jobs.
National