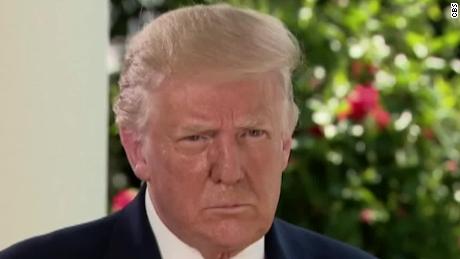 Bill Stepien will replace Brad Parscale as manager of the Trump campaign, the president announced Wednesday night, shaking up the leadership of his stalled reelection bid.
Parscale will stay on in his role leading the campaign's digital strategy and will serve as a senior adviser, Trump said. Parscale was the digital guru of the president's insurgent 2016 White House bid but had not worked as a campaign manager prior to taking that role ahead of the 2020 race.
Stepien was recently promoted to deputy campaign manager. He previously served as the White House political director during Trump’s first two years in office. Before that, he was the campaign manager for former New Jersey Gov. Chris Christie’s (R) two successful statewide campaigns in the Garden State.
"Both were heavily involved in our historic 2016 win, and I look forward to having a big and very important second win together," Trump posted to Facebook on Wednesday evening while Twitter dealt with security issues that prevented verified accounts from tweeting.
"This one should be a lot easier as our poll numbers are rising fast, the economy is getting better, vaccines and therapeutics will soon be on the way, and Americans want safe streets and communities!" Trump added, later tweeting the same statement.
In fact, the president's poll numbers have been sinking in recent weeks as the country struggles to get the coronavirus pandemic under control, millions of Americans remain out of work and demonstrations persist in response to the deaths of African Americans at the hands of law enforcement.
Those close to the campaign anticipated a change in leadership, particularly after Trump's disastrous rally in Tulsa, Okla. The arena was a little more than half full by most estimates after Parscale and others had publicly boasted that more than 1 million people had RSVP'd to attend. An outdoor stage set up for Trump to address an overflow audience went unused after the crowd failed to materialize.
Making matters worse, Oklahoma health officials blamed the indoor rally for a subsequent spike in coronavirus cases in the area.
Much of the scrutiny after the rally fell on Parscale. Those close to the campaign and the president questioned if Parscale was cut out to manage a reelection bid and suggested he may be better off returning to a role where he could better use his digital expertise.
The shift in this year's campaign mirrors Trump's first bid, when he sacked Corey Lewandowski as campaign manager in June 2016. Kellyanne Conway eventually replaced him.
Wednesday night's restructuring is the latest staffing change at the Trump campaign in recent weeks.
Jason Miller, who served in a communications role in 2016, was brought on to work on strategy for the 2020 race. Hogan Gidley, who worked in the White House press shop for three years, recently took over as the campaign's national spokesman. The campaign also tapped Susie Wiles, who led the campaign's efforts in Florida in 2016, to work in a similar role this year.
While Stepien has more experience leading campaigns, there are questions about how much the change in campaign staffing will alter the president's trajectory.
Many GOP operatives and campaign officials acknowledge that control of the campaign ultimately rests with Jared Kushner, the president’s senior adviser and son-in-law.
And Advisers and allies have urged Trump to focus his messaging on how he is the better candidate to revive the economy once the pandemic has passed and to train his fire on Biden. But the president has in recent weeks focused more on culturally divisive issues by defending displays of the Confederate flag, attacking the Black Lives Matter movement and defending monuments of controversial figures.
Polls for weeks now have shown him trailing Biden nationally and in key battleground states. Two polls released earlier Wednesday found Trump behind by double digits, and a Quinnipiac University poll for the first time found more voters trust Biden on the economy.
Trump has also faced underwater approval ratings in most recent polls for his handling of the coronavirus pandemic, which has killed more than 135,000 Americans.
Still, the president has projected confidence about his standing and attempted to paint a dystopian picture of a country under Biden's leadership.
"It's probably never been a time when candidates are so different," Trump said Tuesday. "We want law and order; they don't want law and order. We want strong closed borders with people able to come in through merit, through a legal process; they don't want to have any borders at all."
National