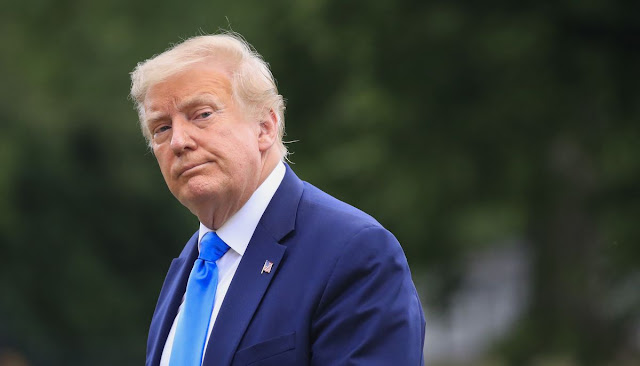 President Trump claimed Sunday that a section of fencing built by a private company along a wildlife refuge near the U.S.-Mexico border in Arizona was "only done to make me look bad."
In a tweet, the president claimed that he had never supported efforts by a private contractor to build a section of border fencing along the Cabeza Prieta National Wildlife Refuge despite Washington Post reports indicating that Trump himself had pushed for the company to win approval for funding from the Defense Department.
"I disagreed with doing this very small (tiny) section of wall, in a tricky area, by a private group which raised money by ads. It was only done to make me look bad, and perhsps it now doesn’t even work. Should have been built like rest of Wall, 500 plus miles," he tweeted.
His tweet comes despite reporting from the Post that Trump became a fan of Fisher Sand and Gravel, the company behind the 31-mile stretch of fencing near Tucson, Ariz., after seeing the company's CEO during media appearances on Fox News and Fox Business. In those appearances, CEO Tommy Fisher appealed to Trump and promised quick construction of border fencing.
The president even went as far as to inquire about the company's bid for funding from the Army Corps of Engineers, the Post reported last year.
Now completed, the project is under federal review, as government attorneys have alleged that sections of the fencing are endangered by erosion. A spokesperson for the company told ProPublica that the reported erosion was “a normal part of new construction projects like this and does not in any way compromise the fence or associated roadway.”
National