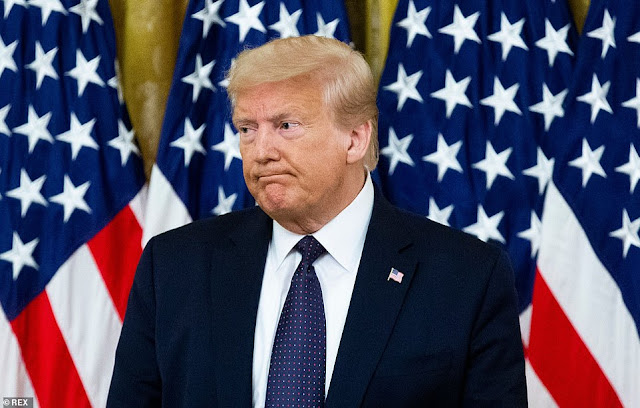 President Trump is expected to refile paperwork this week to rescind the Deferred Action for Childhood Arrivals (DACA) program that offers protections for thousands of young immigrants, according to multiple people familiar with the planning.
Trump was initially expected to move to re-rescind the Obama era program last week, but it was pushed back, according to one source. The exact timing remains in flux, but Trump is now expected to file the paperwork this week.
White House chief of staff Mark Meadows hinted in an interview with Fox News earlier Monday that the president was readying executive action on immigration issues, though he did not offer specifics.
The decision to refile on DACA was widely expected after the Supreme Court ruled last month that the administration failed to give an adequate justification for terminating the program as required by federal law. But the court made clear Trump had the authority to rescind the program, essentially forcing the president to try again or risk the appearance of backing down.
"We have to refile,” Trump told Fox News days after the ruling. "And everything’s going to work out for DACA and the young people, who aren’t so young, if you want to know the truth."
The new filing would likely be challenged again in court. It's unclear if the rescission would go into effect prior to Election Day, but Trump's renewed focus on ending the program will likely make it a key election issue and could put the spotlight on Congress' inability to reach an immigration deal.
The Trump administration in 2017 rescinded DACA, which shields young undocumented immigrants who were brought to the U.S. as children from deportation. The move was a central feature of the president’s initial efforts to restrict immigration upon taking office.
Polls show that there is broad bipartisan support for protecting Dreamers, but the president's allies who favor restricting legal and illegal immigration have argued he has little choice but to follow through on ending the program.
“Overall absurdity of the ruling aside, the Supreme Court provided a clear procedural roadmap of how to rescind the program. We expect the administration to do so in the coming weeks,” said RJ Hauman, head of government relations at the Federation for American Immigration Reform.
The president has in recent weeks turned to immigration to appeal to his core supporters as he scuffles in the polls. He signed an executive order suspending certain work visas for the rest of the year, a decision cheered by allies who viewed it as protecting American workers amid an economic downturn.
Trump visited the border wall in Arizona late last month to highlight construction on his trademark promise of his 2016 campaign.
National World