Trump administration formally withdraws US from WHO 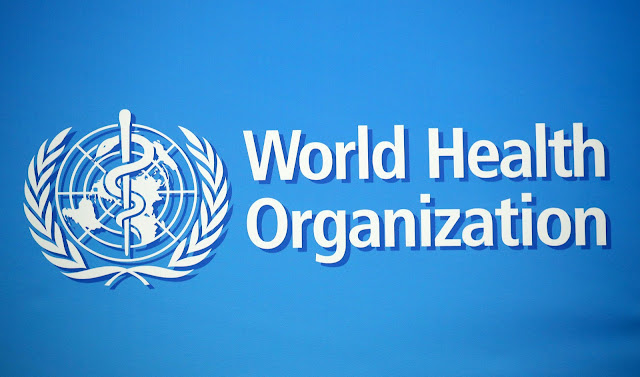 The White House has officially moved to withdraw the United States from the World Health Organization (WHO), a senior administration official confirmed Tuesday, breaking ties with a global public health body in the middle of the coronavirus pandemic.
The U.S. has submitted its withdrawal notification to the United Nations secretary-general, the official said. Withdrawal requires a year's notice, so it will not go into effect until July 6, 2021, raising the possibility the decision could be reversed.
Sen. Bob Menendez (N.J.), the top Democrat on the Senate Foreign Affairs Committee, tweeted that the administration informed Congress of the withdrawal plans.
"To call Trump’s response to COVID chaotic & incoherent doesn't do it justice. This won't protect American lives or interests — it leaves Americans sick & America alone," the senator tweeted.
The formal notification of withdrawal concludes months of threats from the Trump administration to pull the United States out of the WHO, which is affiliated with the United Nations. President Trump has repeatedly assailed the organization for alleged bias toward China and its slow response to the coronavirus outbreak in Wuhan.
But public health experts and Democrats have raised alarms that the decision may be short-sighted and could undercut the global response to the pandemic, which has infected 11.6 million people worldwide. The U.S. has the highest number of reported cases in the world at nearly 3 million.
They have also argued that some of the WHO's initial missteps can be attributed to China's lack of transparency in the early stages of the outbreak.
The president first froze funding for the WHO in April while his administration conducted a review of its relationship with the entity. Weeks later, he wrote to the WHO demanding reforms but did not specify what those reforms would be.
Trump announced at the end of May the U.S. was "terminating" ties with the WHO.
The move was cheered by conservatives who had accused the WHO of harboring pro-China bias and argued the global body was not a productive use of funds.
Critics of the WHO have pointed to its initial assertion that the coronavirus could not be spread via human-to-human transmission, and Trump has harped on the organization's opposition to travel bans after he imposed one on China.
Trump and his allies have also lashed out at the WHO for failing to stop early warning signs of the outbreak.
China first alerted the WHO to the presence of a cluster of atypical pneumonia in the city of Wuhan on Dec. 31 after the WHO picked up reports through its epidemic intelligence system. But there is evidence to indicate the virus was circulating in Wuhan as early as mid-November.
The United States contributes upwards of $400 million annually to the WHO — making it the group’s largest contributor — and public health experts have warned that a suspension of funds would severely damage the organization.
The timing of the administration's decision has drawn intense scrutiny and is likely to spur questions about U.S. involvement in global efforts to develop a coronavirus vaccine.
"This decision is irresponsible, reckless, and utterly incomprehensible. Withdrawing from the @WHO in the midst of the greatest public health crisis of our lifetime is a self-destructive move. More Americans will be hurt by this careless choice," Rep. Eric Swalwell (D-Calif.) tweeted.
World