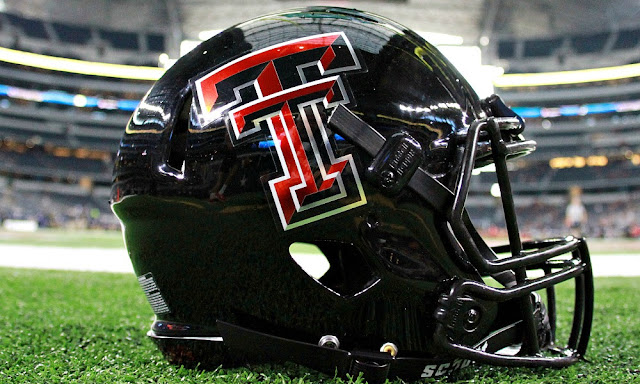 On Thursday, three Red Raiders were selected to be part of the Preseason All-Big 12 team that was hand-picked by media members who regularly cover the conference. Austin McNamara, Jack Anderson and Eli Howard all received honors on the list.
Texas Tech was tied for the fourth-most honorees on the list, and were only trailing Texas, Oklahoma and Oklahoma State.
Howard, a senior defensive lineman, has made his mark on the conference over the past three years as a Red Raider. In fact, Howard is one sack short of tying Brandon Sharpe for 10th all-time in program history after tallying 14.0 sacks in his last three seasons as a Red Raider, according to Tech Athletics. Last season, he was named to the All-Big 12 second team by conference coaches and became the first Red Raider defensive lineman to be named to the first or second team in seven years.
After having a historic freshman season, McNamara received freshman All-American honors by three publications. He was the first punter in the history of Tech to do so, per Tech Athletics. McNamara led all freshman punters nationally, averaging 45.0 yards per punt while downing 20 of his 59 punt attempts inside the 20-yard line. His freshman season earned him All-Big 12 first team honors as well.
Anderson is looking to be the heart of the offensive line for Tech this upcoming season after missing nine games during 2019 due to injury. Last year, he was also selected to the Preseason All-Big 12 team before hurting his shoulder. Between freshman and sophomore year, Anderson started in all 25 of his career games at Tech. In his second year as a Red Raider, he earned All-Big 12 second team honors by the conference coaches and the Associated Press. Anderson was part of the fourth-ranked offensive line in the Big 12 that only allowed 2.08 sacks per game, According to NCAA Statistics. Freshman year, Anderson was tabbed a Freshman All-American by both ESPN and USA Today.
With the 2020-2021 season closing in, Tech’s assortment of both young and veteran talent could be the backbone of a productive season.
Sports