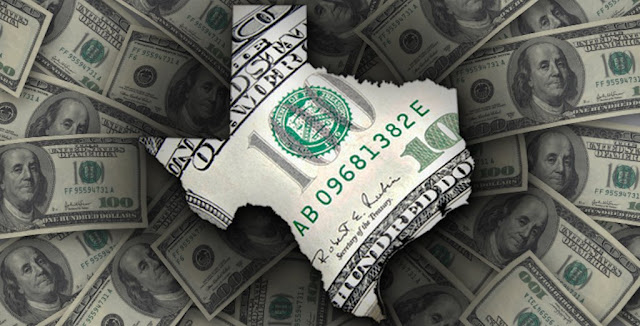 State sales tax revenues totaled $2.67 billion in June, a 6.5% drop from June 2019, according to information released by Comptroller Glenn Hegar Wednesday.
The majority of the June sales tax revenue is based on sales from May when Gov. Greg Abbott ended the state’s stay-at-home order and began allowing businesses to reopen.
Hegar attributes most of the decline to steep drops in revenue from the oil and gas sectors. Collections from restaurants were also down but were tempered by increased takeout and delivery sales.
“Retail trade receipts rose significantly, buoyed by increased online shopping and building material purchases, as business premises were modified for COVID-19 precautions,” said Hegar. “Retail sales likely also were boosted by increased alcoholic beverage sales at package, grocery and convenience stores. That’s because this category of spending shifted from restaurant and bar on-premise consumption, subject to mixed beverage taxes, to purchases for at-home consumption subject to sales tax.”
Increased spending for computer hardware and software by businesses to facilitate teleworking was also visible in the June report.
Total sales tax revenue for the three months of the pandemic was down almost 10% from the same period a year ago. Sales tax is the largest source of state funding for the state budget, accounting for 57% of all tax collections, but the effects of the economic slowdown and low oil prices also were evident in other sources of revenue in June 2020.
Motor vehicle sales and rental taxes improved from April and May but were still down $394 million, or 7.6%.
Motor fuel taxes fell $250 million, or 24%.
Natural gas production tax was down 84%.
Oil production tax fell 77%.
Hotel occupancy tax dropped 61%, an improvement from the record decline in May.
Alcoholic beverage taxes were down 47%, also significantly better than May’s results.
High Plains Pundit reported in April that Hegar would release this month revised revenue estimates for the state budget. He has predicted a downward adjustment of several billion dollars.
Local News Texas