Texas may be competitive, but it's still far from being a swing state 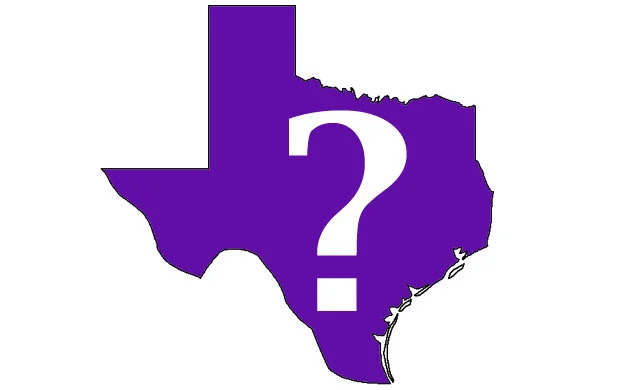 When I saw the headline on CNN analyst Harry Enten’s July 12 column — “Texas is a swing state in 2020, new polls reveal” — I did a double take. Really?
“It’s pretty clear looking at the data that Texas is a swing state in the 2020 election,” wrote Enten, a thoughtful observer of American politics.
But just a few paragraphs later, he used a different term, observing that “Texas really is competitive at this point.”
Swing, or competitive?
I can be a stickler for language, but I think we should all be on the same page when it comes to what these words mean.
Texas is not a “swing state,” and it hasn’t been one for years, at least since it realigned in 1980. It hasn’t voted to send a Democrat to the White House since 1976. It leans Republican.
Swing states are divided roughly evenly along partisan lines, with both parties having close to an equal chance of winning as long as a strong partisan electoral wave is not favoring one side. Florida and Wisconsin are good examples of swing states, and I’m certain we could spend countless hours debating which other states fall into that category. (I won’t.)
On the other hand, to find out whether a state or a race is “competitive” in a given election year, all you need to do is ask whether the race is close. If the answer is “yes,” as is the case with Texas this year, the state is “competitive” at that moment.
Florida has been a “swing state” for years because voters in the state are split evenly between the two parties. That makes the state “competitive” in most elections, putting Florida in a different category than, say, Indiana and West Virginia.
Indiana voted Democratic for president in 2008, but that didn’t make it a swing state or even a competitive state in presidential elections. It clearly has favored the GOP.
Similarly, West Virginia is certainly not a swing state, and statewide contests are rarely competitive. But the 2018 Senate election in the state was very competitive, even given the state’s strongly Republican fundamentals.
Texas
Given the current polling, Enten is unquestionably correct that Texas is competitive now and looks likely to be that way until November. And Texas may be transitioning from a Republican state into a swing state, but I doubt it is there yet. It could still take five or 10 years for the transition.
Texas looks competitive now largely because short-term forces have moved voters who normally vote Republican over to the Democratic column. Those suburban, college-educated whites were turned off by President Donald Trump. Many of those same Republican voters defected to the Democrats during the 2018 midterm elections.
But we can’t know now whether Texas voters have switched their partisan preferences from Republican to Democrat, or whether they are merely showing their dissatisfaction with Trump.
Have voters changed their attitudes about the parties — and therefore their future vote intentions — or are their votes in 2018 and 2020 mere aberrations, based on a very odd set of circumstances (Trump in the White House)?
We don’t know yet.
States do change in their partisanship. Sometimes, in the case of West Virginia and some Southern states, it occurs quickly. That is rare, but it happens. More often, the realignment proceeds slowly.
When I first came to Washington, most political observers considered Delaware a “swing” state. But that changed.
Delaware hasn’t gone Republican for president or elected a GOP governor since 1988. GOP Sen. William V. Roth Jr. was first elected in 1976 and reelected in 1982, 1988 and 1994. He wasn’t ousted until 2000, but in many ways, he constituted the last gasp for the GOP in a state that had already moved toward the Democratic Party.
Nobody would put Delaware on a list of swing states now, and it is rarely, if ever, competitive.
The final flip is the hardest
Like Texas, Georgia has become increasingly competitive. But Republican presidential nominees have won a majority of the statewide vote in each of the past five presidential contests, and Democrats must prove they can carry the state in a neutral presidential year, not just do well when an unpopular Republican president is in the White House.
The same goes for Texas. Are we seeing a fundamental shift in the state because of new voters and new allegiances? Or will Texas return to its Republican moorings if former Vice President Joe Biden wins the presidency, national Democrats move to the left, and more traditional Republicans once again define the party nationally and in the state? The burden is on the Democrats to prove Texas has become a swing state.
For now, all we can say is that Texas is competitive. We won’t know whether it has become a swing state until we look back on its subsequent electoral behavior. My guess is that it will take at least a few more years.
Swing states are inevitably competitive. But not every competitive state in a particular cycle is a swing state.
Opinion