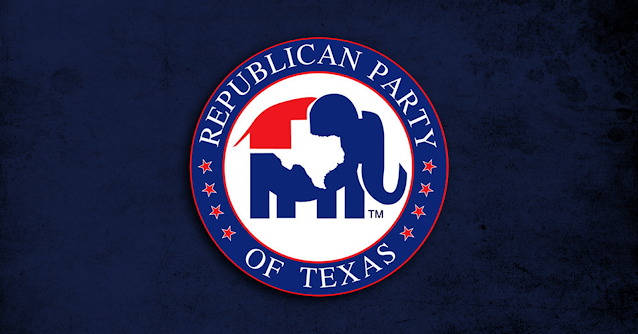 Despite concerns over COVID-19. the Texas GOP voted Thursday night to hold an in-person convention in Houston. The Texas GOP convention is a little more than two weeks away, and scheduled to be held at the George R. Brown Convention Center in downtown Houston.
At an emergency meeting late Thursday, the party’s executive committee voted 40-20 to move forward with the convention, set to take place July 16-18.
One committee member, Mark Ramsey, argued that a virtual convention would “disenfranchise” members of the party.
“When you look at people walking away from the screen because it’s not entertaining enough,” he said, “you’re disenfranchising people virtually that would be absolutely laser-focused at an in-person convention.”
But with as many as 7,000 people possibly in attendance, legislators and workers have already raised concerns about going forward with the convention.
Furloughed employees who are likely to be called back to work the convention told Houston City Council on Tuesday they’re concerned about COVID-19 exposure at the event.
“We’re going to be working with the guests one-on-one and I’m worried,” said Cynthia Pratt, who works at the Hilton Americas Hotel connected to the convention center. “What if I get sick in August and I don’t have health coverage for COVID-19?”
Houston First, which owns the Hilton Americas and runs the convention center, said hotel employees will receive health care coverage during any month in which they work, as well as the following month. Houston First also said the convention is still permitted for July 16-18, subject to an order from Gov. Greg Abbott not to exceed 50% capacity at the convention center.
Convention organizers had originally made face coverings optional, despite an order from Harris County Judge Lina Hidalgo that mandated businesses require masks for customers. Texas GOP chairman James Dickey initially said that he did not believe the mask mandate for businesses in Harris County applies to the convention.
But Gov. Greg Abbott on Thursday signed an order that required masks to be worn in most situations outside the home, in counties with 20 or more positive COVID-19 cases.
The Harris County Attorney’s Office on Thursday confirmed that the order applied to the convention, and the party confirmed it would comply.
But the mask order has revealed yet another rift between the Republican governor and some of the more conservative members of his party.
Just one day before Abbott issued his order, Lt. Gov. Dan Patrick in a Fox News interview said Dr. Anthony Fauci, the country’s top infectious disease expert, “doesn’t know what he’s talking about.” In an April Fox News interview, Patrick said about the risks of COVID-19 on older people, “there are more important things than living, and that’s saving this country for my children and grandchildren and saving this country for all of us.”
Some anti-establishment Republicans have been outspoken in their disappointment with the governor.
Two staffers from hardline conservative group Empower Texans were recently heard on a podcast making disparaging remarks about Abbott’s use of a wheelchair, in a conversation that included criticism of the governor’s decision to allow certain local mask orders.
Other local officials have been vocal in their opposition to the event.
District C Council member Abbie Kamin said Tuesday she was “firmly opposed” to an in-person convention on city property.
“We’re endangering the lives of Houston workers and the lives of party membership by having this move forward,” she said.
The Texas Medical Association had originally thrown its support behind the event as a sponsor.
But in a reversal this week, association president Dr. Diana Fite said the convention should be cancelled.
“This is just not the time to bring thousands of the party faithful from around the state to an indoor meeting in a county that, as I write, reports more than 18,000 active COVID-19 cases,” Fite wrote in an open letter to party leadership.
The association was also a sponsor of the Texas Democratic Convention, which was held virtually in June, with all programming streamed online.
On Thursday, after the GOP’s vote, the TMA withdrew as an advertiser for the GOP convention.
“While face masks certainly will help prevent the spread of COVID-19 in and around the convention, masks alone are not enough,” read a statement from Fite on Twitter. “With or without masks, an indoor gathering of thousands of people from all around the state in a city with tens of thousands of active COVID-19 cases poses a significant health risk to conventiongoers, convention workers, health care workers, and the residents of Houston.“
Texas