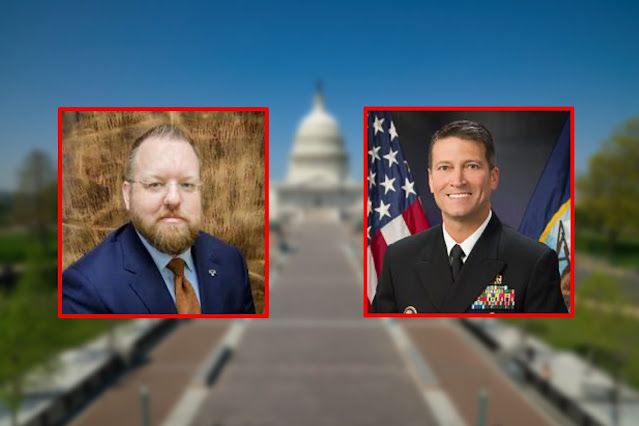 On July 14 the Texas Republican Party will hold nine congressional primary runoff elections. Two are in competitive districts where the GOP’s odds of retaining the seat in November will grow longer or shorter depending on who wins the runoff. Two others are in safe GOP districts where the runoff will in effect determine who moves to D.C. in January. The remaining five runoffs (which I will not address here) are in districts where the Republican is almost certain to lose in November.
Texas’s 13th Congressional District: Winegarner vs. Jackson
TX-13 runs from the northwest edge of the Dallas-Fort Worth metroplex exurbs to the Texas Panhandle centered in Amarillo. TX-13 is as reliably Republican as they get, with retiring Rep. Mac Thornberry winning by 65 points in 2018 and Trump defeating Clinton by 63 points in 2016.
Biden wins Puerto Rico primary
In the 15-candidate March primary, Josh Winegarner finished first with 39 percent, followed by Ronny Jackson with 20 percent, just ahead of Chris Ekstrom (15 percent). Ekstrom was the preferred candidate of many Texas movement conservatives, and he and his former supporters have largely migrated to Jackson.
Winegarner is a staffer at the Texas Cattle Feeders Association. Thornberry endorsed Winegarner, as have a wide range of national and Texas interest groups, including more than 20 agricultural groups, ranging from the National Cattleman’s Beef Association to the Panhandle Peanut Growers Association. Jackson is a retired U.S. Navy rear admiral who served as the White House physician for Presidents George W. Bush, Barack Obama and Trump. Jackson was nominated by President Trump to be secretary of Veterans Affairs but withdrew following accusations of misconduct while serving at the White House. Jackson’s list of supporters includes Trump, Rick Perry and the Club for Growth.
Texas’s 22nd Congressional District: Nehls vs. Wall
No Texas congressional primary runoff is more significant for the outcome in November than the one being held in TX-22. It features Troy Nehls and Kathaleen Wall, who respectively won 41 percent and 19 percent of the vote in the March 3 primary. The 22nd district is located in the Houston suburbs, and is anchored by Texas’s most diverse county, Fort Bend County, which contains two-thirds of its voters.
The seat is open after GOP incumbent Rep. Pete Olson opted not to seek reelection due to a variety of factors, including an unexpected 2018 challenge from Democrat Sri Kulkarni, who came within 5 percentage points of victory. Kulkarni is the Democratic nominee in 2020.
Nehls is serving his second term as Fort Bend County sheriff and is a strong conservative who has a track record of working well with diverse groups. Wall, an ardent supporter of President Donald Trump who does not live in the district, spent $6.2 million of her own fortune in Texas’s 2nd Congressional District’s GOP primary in 2018, where she finished third. This cycle (through June 24) Wall has spent $6.5 million, compared to $457,000 by Nehls.
A Wall victory on July 14 would quite possibly push this seat from the “Toss Up” to “Lean Democratic” column. A Nehls victory would nudge it in the opposite direction, although perhaps not quite into the “Lean Republican” column.
Texas’s 23rd Congressional District: Gonzales vs. Reyes
TX-23 runs from San Antonio in the east to the lower El Paso Valley more than 500 miles to the west. The seat is open after GOP incumbent Rep. Will Hurd opted not to seek reelection for several reasons, including the increasing difficulty he has had achieving reelection. His margins of victory have fallen progressively from 2.1 percent in his initial 2014 victory over Democrat Pete Gallego to 0.4 percent in 2018 over Democrat Gina Ortiz Jones.
Tony Gonzales and Raul Reyes Jr. finished first and second on March 3 with 28 percent and 23 percent, respectively. Gonzales is the preferred candidate of many national and Texas Republican officeholders and elites, including Trump, U.S. House Minority Leader Kevin McCarthy (R-Calif.) and Minority Whip Steve Scalise (R-La.), Hurd, Texas Agriculture Commissioner Sid Miller and former Texas Governor Rick Perry. Reyes’s list of A-list endorsers is much smaller, although it includes Sen. Ted Cruz (R-Texas).
Whoever wins on July 14 faces an uphill struggle against Ortiz Jones in November, although the hill would be steeper for Reyes than for Gonzales. This is due to Gonzales’s better ideological and rhetorical fit with the district’s median voter as well as the greater likelihood of national money flowing to a Gonzales campaign than to a Reyes campaign in the fall.
One thing either candidate will have going for him is that each is a Latino in a district where 70 percent of residents and 55 percent of registered voters are Latinos. Ortiz Jones is not a Latina, which does not sit well with some TX-23 Democrats.
Texas’s 17th Congressional District: Sessions vs. Swann
TX-17 Rep. Bill Flores opted not to seek reelection in 2020, opening the way to a 12-candidate scrum in March from which former Rep. Pete Sessions (32 percent) and Waco small business owner Renee Swann (19 percent) moved on to the runoff. TX-17 is a safe GOP seat that Flores won by 16 points in 2018 and where Trump defeated Hillary Clinton by 17 points in 2016.
Sessions lost his seat in Texas’s 32nd Congressional District in Dallas in 2018 to Collin Allred by 7 points. Rather than engage in the difficult task of attempting to defeat Allred in an increasingly blue TX-32, Sessions packed his bags and headed south to TX-17, whose major population centers are Waco and Bryan-College Station.
Swann is backed by most district GOP political actors, including Flores, while Sessions is relying more on his national elite support and name recognition from his 22-year tenure in Congress. If victorious, Swann would provide sorely needed gender diversity to the Texas GOP House delegation, which is composed of 22 men and one woman, Rep. Kay Granger. Only one other Texas Republican woman (Beth Van Duyne in the “Toss Up” 24th Congressional District) is in a position to win in November.
Local News Texas