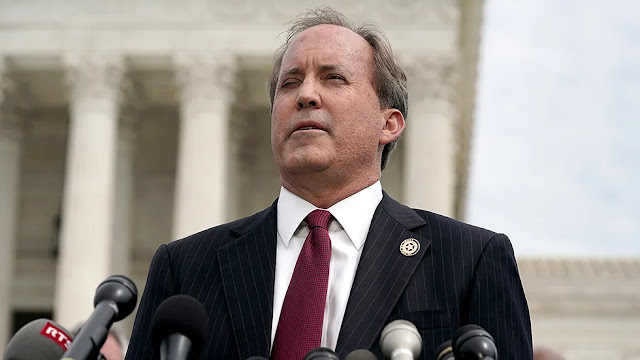 Texas Attorney General Ken Paxton (R) said Friday that private schools are exempt from having to follow local health restrictions regarding school openings.
Paxton said in an open letter to religious private institutions that forcing such schools to comply with local reopening guidelines would be unconstitutional.
“Under the Governor’s orders, local governments are prohibited from closing religious institutions or dictating mitigation strategies to those institutions,” Paxton wrote. “Local governments are similarly prohibited from issuing blanket orders closing religious private schools. Because a local order closing a religious private school or institution is inconsistent with the Governor’s order, any local order is invalid to the extent it purports to do so.
“Moreover, local public health orders attempting to restrict the provision of religious instruction through religious private schools violate the United States and Texas Constitutions and the Texas Religious Freedom Restoration Act," he added.
Texas’s Religious Freedom Restoration Act mandates that the government must show a “compelling interest” in regulations that “substantially burden” the free exercise of religion and that rules are applied in the least restrictive way possible.
“Thus, as protected by the First Amendment and Texas law, religious private schools may continue to determine when it is safe for their communities to resume in-person instruction free from any government mandate or interference. Religious private schools therefore need not comply with local public health orders to the contrary,” Paxton concluded.
The letter comes as Texas and the nation grapple with how and when to safely open schools amid an alarming spike in coronavirus cases.
Texas in particular has seen a sharper rise in cases than many other states, with the federal government sending military medics to the Lone Star State to grapple with the mushrooming outbreak. Texas reported roughly 10,000 new cases Thursday for the third day in a row.
Texas