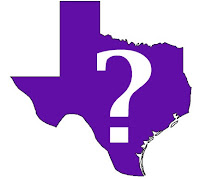 Texas Democrats say they will roll out a 7-figure digital ad buy closer to Election Day as part of a a reinvigorated effort to win a huge electoral prize for Joe Biden, partly by turning out minority voters in the state who are seen as the key to a Democratic victory.
The new push signals that Democrats think they have a real shot of turning Texas blue in the presidential election for the first time since Democrat Jimmy Carter defeated President Gerald Ford in the aftermath of the Watergate scandal.
In addition to the ad buy, which will materialize closer to November, the party is also doubling down on its commitment to get 2 million Texans registered to vote for November. This plays into the party’s already-established strategy of winning back the state House this cycle.
“Our basic theory is that the more voters that we register, the more likely the state is to turn blue,” Abhi Rahman, director of strategic communications for the Texas Democratic Party, said. “We feel like for every Republican voter that’s unregistered, there’s three or four Democrats that are unregistered.”
Recent polls have shown Biden ahead of Trump in the traditionally red state, suggesting Democrats might have a chance of taking its 38 electoral votes.
Besides the state House, Democrats have been focused on turning U.S. House seats blue. Sen. John Cornyn (R-Texas) is also up for reelection this year, though unseating the senator is more of an uphill climb.
“Texas Democrats are poised to win up and down the ballot this year. As campaigning has changed with the coronavirus, so have our efforts and investment of resources," Texas Democratic Party (TDP) deputy executive director Cliff Walker said in a statement. "We are building an adaptive model and taking an innovative path to victory that will turn Texas blue in November."
He said the party will also create a new rapid response team “to counter any disinformation coming from the Republican camp."
TDP has pushed to allow all Texans to vote by mail, something that could help increase turnout given the coronavirus pandemic.
The Supreme Court ruled in June, however, that it would not require the state to allow all Texans to be able to vote by mail. As of now, a Texan can only vote by mail if he or she is over the age of 65, has an excuse — such as being out of state — or has a disability.
Trump defeated Hillary Clinton by by nine points in the 2016 election, a much smaller margin than the 16-percent win Republican Mitt Romney delivered in his victory in 2012. In 2008, Republican John McCain defeated Democrat Barack Obama, who easily won the presidency, by 12 points.
In 2018, Democrats won a dozen state House seats back from Republicans, a result that galvanized the party.
The coronavirus pandemic has been a major factor explaining Trump’s plummeting poll numbers, and Texas has been one of the hardest hit states by the resurgence of the virus in recent weeks. On July 15, the state broke its record for the number of new cases with 10,791. On Wednesday, it broke its single-day death toll record with 197 new fatalities.
A Quinnipiac poll this week showed that Trump has a negative approval rating in the Lone Star State, with only 45 percent of respondents saying that they approved of the job he was doing. In the poll, Biden and Trump were virtually tied, 45-44.
"With crises swirling through American society and a country deeply divided, there's no other way to slice it — it's a tossup in Texas," Tim Malloy, an analyst for the poll, said in a statement about the poll results.
A June Fox News poll produced the same result, with Biden edging out the president 45 to 44 percent.
The nonpartisan Cook Political Report officially categorizes Texas as “lean Republican” in terms of the presidential election. Underscoring Trump's problems and the rapidly changing map, it last week changed Florida — a perennial battleground that Trump narrowly won in 2016 — from “toss-up” to “lean Democrat.”
Though Cornyn’s race is seen as “likely Republican,” Democrats are favored to win retiring GOP Rep. Will Hurd's seat.
Nine other GOP-held seats are considered competitive.
Texas