Tesla picks Austin as site of new $1B auto plant 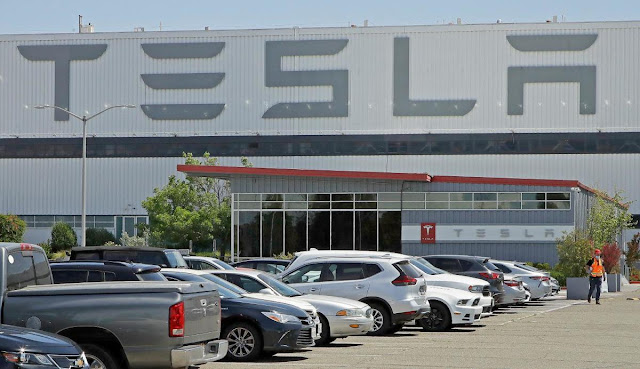 Tesla turned a $104 million profit in the second quarter despite coronavirus-related shutdowns, the company announced Wednesday.
It is Tesla's fourth straight profitable quarter and pushed Tesla’s shares up 5.7 percent to 1,682.99 in after-hours trading Wednesday, according to The Associated Press.
The company also announced it will be building a $1 billion assembly plant near Austin, Texas.
“We are going to make it a factory that is going to be stunning,” Tesla CEO Elon Musk said on a conference call with analysts following the company's second-quarter earnings release, according to the Statesman.
“It is right on the Colorado River. So we are actually going to have a boardwalk where there will be a hike and biking trail. It is basically going to be an ecological paradise — birds in the trees, butterflies, fish in the stream. And it will be open to the public, as well, so not closed and only open to Tesla,” he reportedly added.
The plant will employ 5,000 people, and wages at the factory will start at $35,000 annually, the Statesman reported.
The plant will produce Tesla’s upcoming Cybertruck electric pickup and serve as a second site to build the electric vehicle maker’s Model Y SUV, according to the newspaper.
Musk reportedly said initial work at the site, which he said is five minutes from Austin-Bergstrom International Airport and about 15 minutes from downtown Austin, began last weekend.
Texas Gov. Greg Abbott (R) applauded Tesla in a statement about the company’s announcement of the new Travis County plant.
"Tesla is one of the most exciting and innovative companies in the world, and we are proud to welcome its team to the State of Texas,” said Abbott. “Texas has the best workforce in the nation and we’ve built an economic environment that allows companies like Tesla to innovate and succeed. Tesla’s Gigafactory Texas will keep the Texas economy the strongest in the nation and will create thousands of jobs for hard-working Texans."
"I look forward to the tremendous benefits that Tesla's investment will bring to Central Texas and to the entire state," he added.
Texas