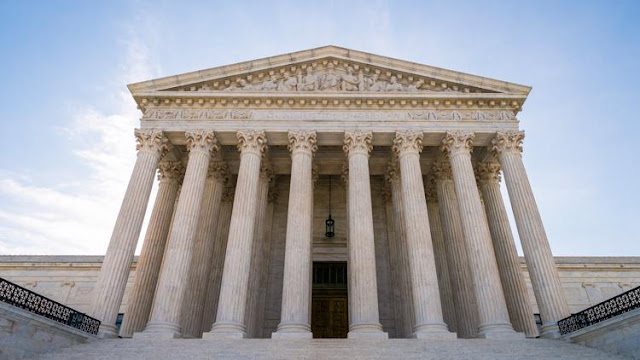 The Supreme Court on Wednesday upheld the Trump administration's expansion of ObamaCare birth control exemptions for employers.
The 7-2 decision stemmed from a highly litigated question that first arose in the early days of the 2010 Affordable Care Act (ACA): Do employers who oppose birth control have to pay for workers’ contraception?
In the Obama era, religious nonprofits could claim an exemption from contraceptive coverage. Under the Trump administration, eligibility was extended to companies that voiced religious or moral objections, sparking legal challenges.
Justice Clarence Thomas, writing for the majority on Wednesday, said the move by federal agencies under President Trump to expand the carve-outs was lawful.
"We hold that the departments had the authority to provide exemptions from the regulatory contraceptive requirements for employers with religious and conscientious objections," Thomas wrote.
The majority comprised the court’s conservative wing, as well as two of its more liberal justices, Elena Kagan and Stephen Breyer. Writing in dissent were liberal justices Ruth Bader Ginsburg and Sonia Sotomayor.
The ACA’s so-called employer mandate requires companies with 50 or more employees to offer health insurance. Under the law, most plans and employers must cover preventive care, which includes contraceptives, without passing on costs to patients.
Under former President Obama, the Department of Health and Human Services (HHS) and other federal agencies responsible for implementing the law chose to exempt religious nonprofits from having to pay for birth control.
The agencies also crafted a workaround solution. When an employer claimed a religious exemption, the federal government would step in to encourage the company’s third-party health insurer to cover workers’ contraceptive costs directly, freeing the employer of the burden.
But numerous religious organizations sued. They claimed the accommodation was nothing more than a smokescreen that made them complicit in paying for workers’ birth control, in violation of religious freedom.
The Trump administration then broadened the birth control exemption to encompass nearly all for-profit and nonprofit employers who objected on religious or moral grounds, and made the accommodation optional.
That change prompted several plaintiffs to sue, including Pennsylvania, which said the Trump policy would leave up to 125,000 women per year without contraceptive coverage. The legal challenge alleged that federal agencies under Trump exceeded their authority and failed to follow proper procedure in enacting the expansion.
A federal district court sided with the challengers and granted a nationwide injunction. The Court of Appeals for the 3rd Circuit affirmed the lower court ruling, prompting the appeal to the Supreme Court.
The majority decision on Wednesday overturns the lower courts.
In her dissenting opinion, Ginsburg said the Trump administration’s far-reaching exemptions clash with Congress’s intent under the ACA “to afford gainfully employed women comprehensive, seamless, no-cost insurance coverage for preventive care protective of their health and well-being.”
“Today, for the first time, the Court casts totally aside countervailing rights and interests in its zeal to secure religious rights to the nth degree,” she wrote.
National