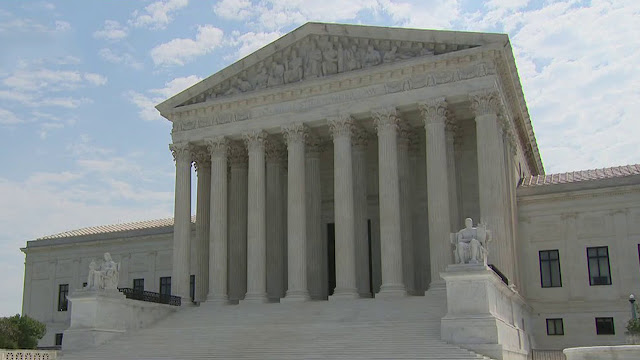 The Supreme Court on Monday ruled that states can prohibit their Electoral College representatives from disregarding voters when casting their ballots in presidential elections.
The unanimous decision, arising out of a case from Washington state, essentially gives states the right to outlaw "faithless electors" who cast their votes for people other than those chosen by voters.
"Nothing in the Constitution expressly prohibits States from taking away presidential electors’ voting discretion as Washington does," Justice Elena Kagan wrote in the majority decision.
A handful of electors had cast their votes in 2016 for people who did not win their states' popular votes in a failed attempt to deny President Trump an Electoral College majority. In the final vote tally, just seven of the 538 electors successfully chose someone other than their state's popular vote winner.
Three Democratic electors in Washington state voted for former Secretary of State Colin Powell instead of Hillary Clinton, hoping that Republican electors would follow suit. The state fined them $1,000 each, prompting a legal challenge from the three officials, who argued that the state law restricting their Electoral College vote was unconstitutional.
The court also heard a similar challenge from a Democratic Colorado elector who was removed for casting his vote for former Ohio Gov. John Kasich (R) instead of Clinton. In light of the decision from the Washington state case, the court reversed an appeals court decision siding with the Colorado elector.
"Today, the United States Supreme Court unanimously reaffirmed the fundamental principle that the vote of the people should matter in choosing the President," Washington state Attorney General Bob Ferguson (D) said in a statement. "If we had not been successful, many observers, including several justices, noted the upcoming elections could have been thrown into ‘chaos.’"
Monday's decision comes four months before another presidential election and could hamper any potential effort to sway electors into defying the popular vote in their states. Thirty-two states and D.C. have laws requiring their electors to abide by the outcome of the election. But only 11 of those states, including Colorado, have laws allowing them to nullify faithless electors' votes or remove them from office.
Lawrence Lessig, a Harvard law professor and activist who represented the electors, said he was disappointed in the decision, adding that it eliminated some uncertainty around the nation's process for choosing a president.
"When we launched these cases, we did it because regardless of the outcome, it was critical to resolve this question before it created a constitutional crisis. We have achieved that. Obviously, we don’t believe the Court has interpreted the constitution correctly. But we are happy that we have achieved our primary objective — this uncertainty has been removed. That is progress."
Lessig has been an outspoken critic of the Electoral College because candidates who lose the nationwide popular vote can still win the presidency if they garner enough electoral votes from each state, as was the case in the 2000 election of George W. Bush and in 2016 with Trump.
Lessig was open about his disdain for the system in bringing the challenge and he argued that the purpose of the Electoral College was to allow for state representatives to exercise their discretion when choosing a president.
But in the majority opinion on Monday, Kagan wrote that the Constitution's framers could have explicitly required electors to have autonomy but declined to do so.
"All that they put down about the electors was what we have said: that the States would appoint them, and that they would meet and cast ballots to send to the Capitol," Kagan wrote. "Those sparse instructions took no position on how independent from—or how faithful to—party and popular preferences the electors’ votes should be. On that score, the Constitution left much to the future."
National