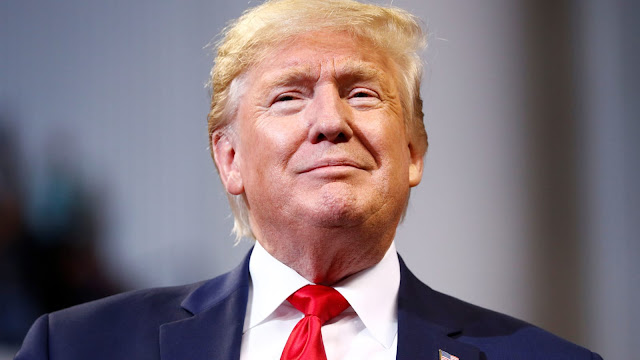 The Supreme Court on Monday denied a request by House Democrats to accelerate the timeline of remaining court battles over congressional subpoenas for President Trump’s tax returns.
The bid by lawmakers came in response to the court’s landmark 7-2 ruling earlier this month to shield a trove of Trump’s financial records from several Democratic-led House committees and return the dispute to lower courts for further litigation.
Under regular Supreme Court procedure, the ruling would reach the lower courts no earlier than Aug. 3, a delay Democrats sought to avoid by asking the justices to expedite the process.
But the conservative-majority court rejected that request Monday in an unsigned order. Justice Sonia Sotomayor, one of the more liberal justices, said she would have granted it.
Earlier this month, the Supreme Court issued a blockbuster split decision that handed a win to New York state prosecutors seeking Trump’s tax returns, but dealt a setback to Democrats who sought a similar financial paper trail.
While the justices settled some of the major legal issues embedded in the disputes, they left it to lower courts to resolve other unanswered questions.
On Friday, the Supreme Court agreed to expedite its order in the New York case, where the justices had ruled 7-2 against Trump’s claim of absolute immunity from a grand jury subpoena for eight years of tax returns. Chief Justice John Roberts ordered the decision to go into effect immediately, which allows the Manhattan district attorney to advance more swiftly in pursuit of Trump’s records.
But Monday's order means a trio of Democratic-led House committees will have to wait nearly a month from the date of the court’s decision before they can proceed in the lower courts.
The committees have long maintained that four congressional subpoenas issued to Trump’s bankers and accountants for his personal and corporate records were necessary to carry out their legislative and oversight functions.
Before the case reached the Supreme Court, lawmakers had prevailed in every round of battle in federal district and appeals courts.
But the justices' July 9 decision in Trump v. Mazars USA found that the lower courts had failed to properly consider the weighty separation of powers concerns at hand.
“When Congress seeks information needed for intelligent legislative action, it unquestionably remains the duty of all citizens to cooperate,” Roberts wrote for the majority on July 9, citing prior Supreme Court rulings. “Congressional subpoenas for information from the President, however, implicate special concerns regarding the separation of powers. The courts below did not take adequate account of those concerns.”
While the decision reaffirmed Congress's subpoena power, it also enumerated some of its constraints when information at issue concerns the president. Specifically, the court laid out parameters for the appropriate scope and relevance of such subpoenas.
The committees may now continue to press their case in the lower federal courts of Washington, D.C., and New York, but only after the Supreme Court decision takes effect early next month.
The House Oversight and Reform Committee claims its subpoena of Trump’s accounting firm, Mazars USA, is needed to inform rules governing ethics, conflicts of interest and presidential financial disclosure.
Another set of subpoenas, from the House Financial Services Committee, requested records from Deutsche Bank and Capital One as a follow-up on press reports that Deutsche Bank staffers had raised concerns that Trump and his son-in-law, White House senior adviser Jared Kushner, were linked to illicit financial activity.
The House Intelligence Committee also subpoenaed Deutsche Bank, but its focus was on Kremlin efforts to interfere in U.S. elections and whether Russian or other foreign nationals have financial leverage over Trump.
National