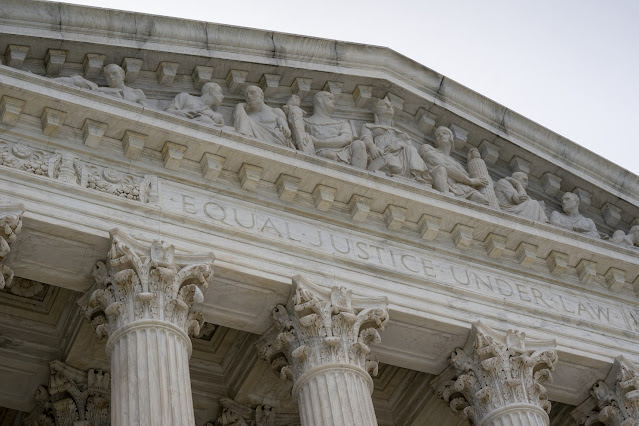 On Friday, the Supreme Court rejected a Nevada church’s request that it block the state government from enforcing a cap on attendance at religious services. The decision was a 5-4 ruling, with Chief Justice John Roberts joining the liberal wing.
The court’s order was unsigned and did not provide any reasoning, common practice when the high court acts on emergency applications. The court’s conservative justices filed three dissents.
The decision comes in response to a suit from Calvary chapel Dayton Valley arguing that it was being treated unfairly compared to casinos, restaurants and amusement parks. Churches in the state have a firm 50-person limit, while other businesses have been told to cut their availability to half of their fire-code capacities.
“The Constitution guarantees the free exercise of religion,” Justice Samuel Alito wrote in dissent. “It says nothing about the freedom to play craps or blackjack, to feed tokens into a slot machine, or to engage in any other game of chance. But the Governor of Nevada apparently has different priorities."
“That Nevada would discriminate in favor of the powerful gaming industry and its employees may not come as a surprise, but this Court’s willingness to allow such discrimination is disappointing," he added. "We have a duty to defend the Constitution, and even a public health emergency does not absolve us of that responsibility.”
The church had argued that that its First Amendment rights were being violated in the lawsuit. In its brief, it said it sought to conduct services with 90 people and include social distancing, though it included a picture of a packed and largely mask-less crowd.
The state denied that it was treating other businesses differently, saying comparable large gatherings were treated “the same as or worse than houses of worship.”
The church’s lawsuit had previously been rejected by a district court and a circuit court before making its way to the Supreme Court.
The Friday ruling marks the second time the high court has blocked an effort from a church to invalidate state restrictions on attendance. The court ruled 5-4 in a similar case in May to reject a challenge from a California church.
“Although California’s guidelines place restrictions on places of worship, those restrictions appear consistent with the free exercise clause of the First Amendment,” Roberts wrote in May. “Similar or more severe restrictions apply to comparable secular gatherings, including lectures, concerns, movie showings, spectator sports and theatrical performances, where large groups of people gather in close proximity for extended periods of time.”
National