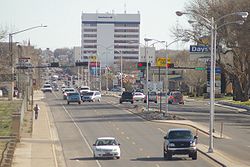 Despite several councilors’ concerns it would put him in a difficult position, the Roswell City Council on Thursday evening approved a directive to the city manager to not enforce the governor’s emergency health order.
Under questioning from City Councilor Juan Oropesa, however, City Manager Joe Neeb said he could not give a full answer of what that directive means without having a conversation with his staff.
After an hour-and-a-half discussion that focused mainly on enforcement of the mandate to wear face masks in public, the council approved the directive 6-4. Councilors Judy Stubbs, George Peterson, Angela Moore and Oropesa voted against the directive. Councilors Jacob Roebuck, Margaret Kennard, Jason Perry, Jeanine Best, Savino Sanchez and Barry Foster voted in favor.
Councilors Roebuck, Kennard, Perry, Best and Foster requested the directive be placed on the agenda for Thursday’s special meeting, along with another directing Neeb to investigate options for legal action against the governor.
That directive also passed by a vote of 6-4 on the same lines.
Mayor Dennis Kintigh, who at times had to rebuke some of the councilors from directly criticizing each other, mostly remained silent during the discussion except to direct the meeting. After the vote, however, he said that if there had been a tie, he would have voted in favor of it.
Local News