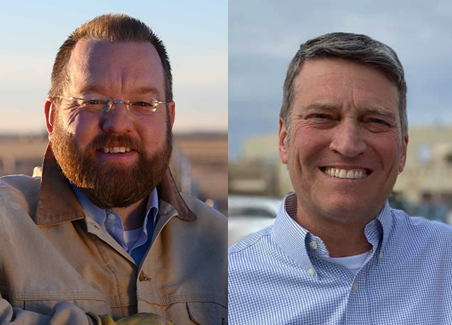 Ronny Jackson, President Trump’s former White House physician, won the GOP runoff in Texas’ 13th District, leaving him well placed to be elected to Congress in November in the reliably red district.
“We now think realistically, you know, this was the main fight. You know, this is the most staunchly conservative Republican district in the entire United States for all practical purposes. The one that walked out of this tonight is the winner is going to be the Congressman for the 13th Congressional District of Texas.
“I’m not elected yet. We still got another race in November. We’ll continue to debate the Democrat and then work hard on that front, and we still got to race to win, but I’m going to spend a lot of my time a lot of my energy out there, making sure that other Republicans in the state of Texas that are in tight races with Democrats, I’m going to give them my support. I’m gonna help them raise money. I’m gonna help them get the vote out. I’m gonna make sure that we keep Texas red," Jackson said.
Jackson led by 56 percent, with 87 percent of precincts reporting, according to the Associated Press. He defeated Josh Winegarner, a lobbyist in the race to to replace Rep. Mac Thornberry (R), who's retiring after 13 terms.
Trump endorsed Jackson, a former Navy officer, in February ahead of a crowded primary on March 3 where no single candidate won a majority.
Jackson will face off against Democrat Gus Trujillo, who prevailed in his party's runoff on Tuesday.
“Who would have known I was gonna be here about seven years later and running for his spot.
“With Mr. Thornberry, he gave me a great opportunity and, you know, I remember thanking them the last day I saw him there up at the Capitol, and, you know, I told him that this changed my life. He gave me a funny look, but I said, you know, it really did change my life and who wouldn’t have known I was gonna be here about seven years later and running for his spot now that he’s going.
”I am honored to be your official Democratic candidate for the Texas 13th Congressional District 2020 election. I have won this primary runoff race because of all the hard work and sacrifices that my family and my supporters have done for my campaign. All of you are the reason that I have gotten this far and I am eternally grateful to have you in my life," Trujillo said.
Thornberry did not get his preferred successor Tuesday. Winegarner had support from Thornberry and a number of other state and local elected officials.
Jackson also benefited from outside group spending in the race. The Club for Growth, House Freedom Fund and a new super PAC called Miles of Greatness Fund all spent in the lead-up to Tuesday.
In the runoff, Jackson touted his close personal relationship with Trump, who nominated him for Veterans Affairs secretary in 2018. But Jackson ended up withdrawing from consideration amid allegations that he abused alcohol and mishandled prescription drugs, charges he denied.
“I will be … the only freshman congressman that can walk into the Oval Office unannounced and tell the president of the United States, ‘Sir, I’ve got something I got to make you aware of,’” Jackson said at a recent debate. “And he will stop what he’s doing and listen.”
Jackson will be the overwhelming favorite in November against Trujillo. Trump carried the district by 63 points in 2016, his widest margin of any House district in the country.
Local News