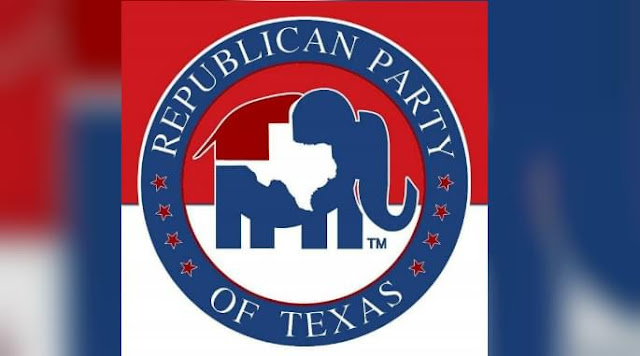 By Bethany Blankley
A Texas Republican Party (TRP) delegate, former chairperson and several others have filed a request with the Texas Supreme Court asking it to intervene in a lawsuit challenging the city of Houston's and Mayor Sylvester Turner's decision to cancel the Texas Republican Party’s 2020 convention.
The convention, scheduled for July 16-18 at the George R. Brown Convention Center in Houston, could have been cancelled in March when the governor’s executive orders shutting large parts of the state's economy to slow the spread of COVID-19 were put in place, plaintiffs argue. Instead, the mayor, a Democrat, waited eight days before the Republican Party’s convention to pull the plug.
On June 2, the mayor encouraged residents to attend a protest in downtown Houston, shut down the downtown area for the protest, did not require mask wearing or social distancing protocols, and spoke at the event, plaintiffs point out. About 60,000 people turned out.
The plaintiffs argue that not more than 2,000 to 3,000 people would be attending the convention and that a convention is where political speech that the mayor opposes will occur. A political convention involves voting for delegates, electing leaders and rallying a base to engage in grassroots activity prior to the November General Election, including participating in phone banks and knocking on doors, among other activities.
Jared Woodfill, a former Harris County Republican Party chairman and CEO of Woodfill Law Firm, which filed the lawsuit, argues that Turner’s actions violate the free speech, right to assemble and equal protection clauses of the Texas Constitution.
Plaintiffs are Dr. Steven Hotze, Josh Flynn, delegate and Secretary of the Republican Party of Texas; Cathie Adams, the former chairperson of the TRP; Rick Hotze and Greg Blume. The lawsuit was originally filed in Harris County District Court.
Judge Larry Weiman on Thursday denied the plaintiffs’ request for a temporary restraining order.
The 222-page complaint argues that the Weiman “abused [his] discretion by ignoring clear Texas law demonstrating the executive, and unilateral decision to cancel Convention was an application of unconstitutional power and, thus, caused further harm to [the TRP] by denying its Application for Temporary Injunction and prevents [TRP] from timely access to the judiciary as they run out of days to reinitiate the convention.”
On July 9, the party filed suit in Harris County District Court against the city of Houston, Turner, and Houston First Corporation (HFC) claiming a breach of contract, seeking damages and a temporary restraining order.
Turner tweeted Wednesday that he had asked the city's legal department to review the contract between the State Republican Executive Committee and the convention venue's operator, HFC. He also said he officially instructed HFC to cancel its contract with the TPR.
Turner told reporters Thursday that the court isn’t meeting in person and the TRP is asking it to grant their request to hold a large, in-person event.
"It's ironic that they are going to the courthouse, that in many cases is hearing and seeing cases virtually, to ask them to agree to allow 6,000 people to meet in person when even the judicial community – the United States Supreme Court, I believe, is hearing cases virtually," Turner said. "Now isn't that ironic? I don't think I need to say anything more."
In Harris County, the reported number of total coronavirus cases is 40,012. Of them, there have been 12,856 recoveries and 411 deaths. As of July 8, there are 26,048 active cases. Of the county’s 4 million people, the case number/infection rate is 1.0 percent. The death rate is .01 percent.
“The Constitution is not suspended when the government declares a state of disaster,” the plaintiffs argue. During a pandemic, “the judiciary, the other branches of government, and our fellow citizens must insist that every action our governments take complies with the Constitution, especially now. If we tolerate unconstitutional government orders during an emergency whether out of expediency or fear, we abandon the Constitution at the moment we need it most.”
Texas