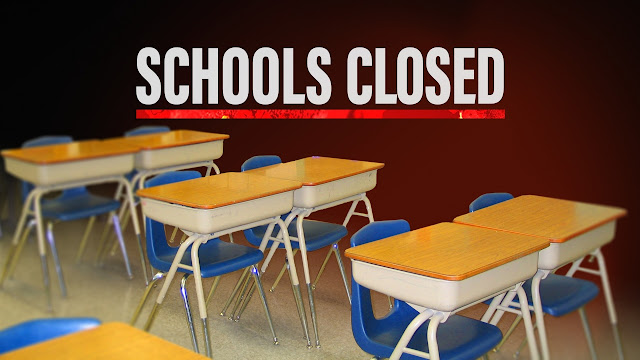 Public health experts are increasingly calling for the reopening of schools in the fall, citing the educational and social damage to children if they are kept away, even if such a move would require tradeoffs to safeguard public health.
The extent to which schools can reopen depends in large part on the severity of the coronavirus outbreak in the surrounding area, making steps such as closing bars to reduce the spread of the pandemic critical ahead of the fall.
A wide range of health experts are emphasizing the importance of having students physically in school, not learning online, given the educational and social harms from being away from school.
The American Academy of Pediatrics (AAP) said in new guidance that it “strongly advocates that all policy considerations for the coming school year should start with a goal of having students physically present in school.”
“The virtual school experience is just not sufficient academically for kids,” said Danielle Dooley, a spokesperson for AAP and a pediatrician at Children’s National Hospital. “Secondly they need the socialization of being around their peers.”
However, states and school districts are facing multiple challenges as they plan for school reopenings, including whether they have enough space in their buildings for students given new social distancing recommendations.
Some school districts are exploring hybrid rotating schedules where some students would be at home learning virtually and others physically attending school on any given day, which would help maintain enough space between the students in the building.
Fairfax County in Virginia announced last week that it would offer parents a choice between full online learning and having students in school at least two days a week, saying full-time in-school learning is not currently feasible.
“There are social and physical distancing recommendations for classrooms, buses, and shared spaces in order to prevent the spread of COVID-19 that will limit the number of students and staff who can be inside a school at any one time,” Superintendent Scott Brabrand said in a statement.
New York Mayor Bill de Blasio (D) announced Thursday that schools would reopen in the fall. Each school will have a maximum number of students allowed inside to maintain social distancing. Depending on the building and the number of students, some schools could have all of their students back, while others could have staggered schedules where children are physically in school some days.
De Blasio said everyone will be required to wear a mask, which will be provided to those who need them. Schools will also maintain social distancing and increase the cleaning of buildings each day.
“We're going to convert everything that can be converted to a classroom to a classroom to accommodate social distancing,” he said.
New York Gov. Andrew Cuomo's (D) office noted after de Blasio's comments on Thursday that it is ultimately up to the state to make a decision on schools and called the decision "premature."
One question, though, is whether teachers feel safe going back to work. “Our educators are overwhelmingly not comfortable returning to schools. They fear for their lives, the lives of their students and the lives of their families,” Tina Williams, president of the Fairfax County Federation of Teachers, said in a statement.
Funding is another challenge. The American Association of School Administrators (AASA), the American Federation of Teachers, and other education groups wrote to Congress in April calling for $175 billion in education funding, given that schools are facing new costs associated with coronavirus at the same time that they are facing major budget shortfalls sparked by the economic downturn.
“It’s money the districts currently don’t have because of the economy,” said Dan Domenech, executive director of AASA.
“We want to open school, we want the children to be in school,” Domenech said, adding that many districts are looking at hybrid models.  “But we want it to be a safe environment.”
Indications that children are less likely to get seriously ill from coronavirus and to spread it could also help schools reopen safely, though some rare cases of an inflammatory syndrome in children have proven to be an exception.
Johns Hopkins University public health experts, Jennifer Nuzzo and Joshua Sharfstein, noted in an op-ed in The New York Times calling for the reopening of schools that 0.1 per 100,000 school-aged U.S. children have been hospitalized with coronavirus, compared to 7.4 per 100,000 people aged 50 to 64.
Advances in testing technology could also aid school reopenings. The AAP says in its guidance that testing all students is “not feasible in most settings at this time” and it is unclear how helpful it would be anyway, given that a test only captures one moment in time and students could later become infectious.
Likewise, the Massachusetts school reopening plan calls for parents to check their children for symptoms before arriving at school each day as the “primary screening mechanism.”
Sen. Lamar Alexander (R-Tenn.) pressed National Institutes of Health Director Francis Collins at a hearing on Thursday on the development of new testing technologies that could be ready by fall to help reopen schools and bring back sports events.
Collins said the goal is to have technology to have an additional one million tests per day by September. “This is a white-knuckle goal because it's never been done on anything like this kind of time table before — would be to have an additional one million tests per day available for the kind of point-of-care, on the spot testing, that's very much needed for going back to school, and going back to sports events,” he said.
Scott Gottlieb, President Trump’s former Food and Drug Administration Commissioner, told CNBC this week that reopening schools should be a priority. “That really is a gating factor to restarting the economy,” he said. “If you can't get children back in the schools you really can't restart the economy in a robust fashion.”
National