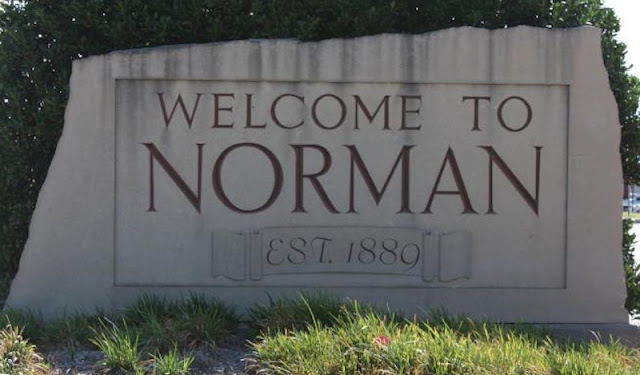 Residents in Norman, Okla., launched a petition on Friday to recall the city's mayor and several members of its city council.
The petition was started by a group called "Unite Norman" amid frustrations over the council's decision last month to reallocate $865,000 — or nearly 3.6 percent — of the police department's annual budget, according to The Associated Press.
The reallocated funding was moved to community development programs to form an internal auditor position to track law enforcement overtime spending as well as outlays.
Last month, city leaders voted on the proposal following a heated 11-hour city council meeting held amid nationwide protests over police brutality and the death of George Floyd, who died in police custody in Minneapolis in late May.
"When this City Council succumbed to an angry mob at three o'clock in the morning and decided to undo months of budget discussions, we all said enough is enough," said Chris Dragg, one of the group's organizers. "We care too much about Norman and our law enforcement officers to let Norman be run this way."
Unite Norman said they are a nonpartisan group, according to CBS affiliate News 9.
"We are trying to get rid of radicals," Russell Smith with Unite Norman said. "This has nothing to do with Democrat or Republican, left or right. We want to center the ship here in Norman."
Residents in support of the group take issue with Mayor Breea Clark's decision to impose mandatory mask requirements following a surge of coronavirus cases. Clark has also been criticized for her decision to keep some businesses and houses of worship closed, despite other openings across the state.
Norman, the third-largest city in Oklahoma, has reported a total of 1,208 total COVID-19 cases and 40 deaths, according to Johns Hopkins University data.
A spokeswoman for the mayor said she would release a statement on the group's recall effort as early as Friday.
In order to recall the mayor, Unite Norman would need to gather signatures from at least 25 percent of registered voters in under 30 days. The same stipulation applies for individual city council members.
National

By Stacy Fernández After much flip-flopping, a $569 million Midland ISD school bond election failed Friday by 26 votes now that county workers have taken into account ballots found in a missing box located weeks after Election Day. The local election had drawn the attention of the Texas secretary of state's office and some lawmakers due to the numerous twists and turns. On election night, Midland voters watching the polls initially believed the bond passed by 18 votes because of the results posted on Midland County's election website. But a week after the posting, officials clarified to reporters that the election night tally didn't include mail-in votes. Once those numbers were taken into account, officials believed the bond failed by 25 votes, according to Deborah Land, elections administrator for the Midland County Elections Office. We Choose Our Future, a specific-purpose political action committee in favor of the bond, quickly called for a recount. That recoun

House Democrats on Saturday unveiled an extensive outline of their legal case heading into the Senate impeachment trial of President Trump, lending a preview of the arguments — both substantial and procedural — underlying the central assertion that the president abused his office and should be removed. In the 111-page brief, Democrats argue that Trump committed high crimes and misdemeanors — charging him with abuse of power and obstruction of Congress — and lay out the evidence and legal analysis they intend to present. And while they buckle down on their allegations that Trump is guilty of pressuring a foreign power to investigate a 2020 political rival, they say the only lingering question they have is whether the Senate will be a fair arbiter of justice. “The evidence overwhelmingly establishes that he is guilty of both. The only remaining question is whether the members of the Senate will accept and carry out the responsibility placed on them by the Framers of our Constitu