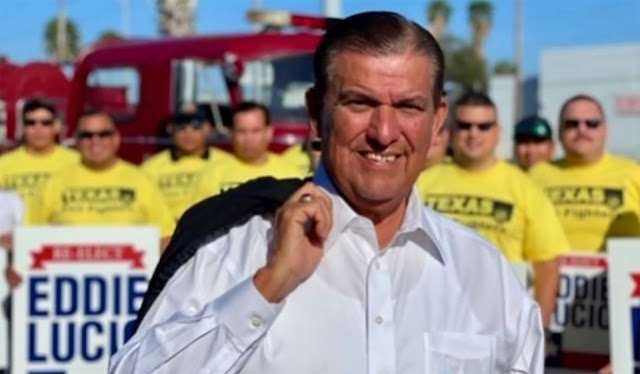 Just a few months after Representative Dan Lipinski (D., Ill.) lost his primary race to a progressive challenger — whose campaign focused on her support for abortion in contrast to Lipinski’s pro-life stance — a pro-life Democrat in Texas has fended off a challenge in the primary race for his seat in the state senate.
Eddie Lucio Jr., who has represented the 27th district of Texas in the state senate for nearly three decades, claimed a seven-point victory over left-wing candidate Sara Stapleton-Barrera, who had endorsements from several progressive groups, including Planned Parenthood Texas Votes and NARAL Pro-Choice Texas.
Lucio’s opposition to abortion was a key part of the campaign against him, as he has voted in favor of legislation to prevent taxpayer-funded abortion, to ban dismemberment abortion procedures, and to require better reporting of abortion data in the state.
During the campaign, Planned Parenthood’s political-action group and the Texas Freedom Network, another pro-abortion PAC, referred to him as “Sucio Lucio” in ad campaigns, using the anti-Mexican slur to call him, in essence, “dirty Lucio.” These groups claimed they were attacking him for dirty political tactics, but his campaign pointed out that the phrase is a common, offensive term used in southern Texas, where his district resides.
Lucio told the Catholic News Agency in a recent interview that his pro-life beliefs stem from having been raised in a large Catholic family. “I don’t make any excuses for that, and I don’t apologize for that,” he said of his opposition to abortion, adding that protecting life “from conception until natural death” puts him at odds with both political parties on different issues.
His campaign received support from the Susan B. Anthony List, a national pro-life organization that typically backs Republican candidates but that also assists pro-life Democrats in races against pro-abortion candidates. For instance, the group lent support to Lipinski in his two most recent primary challenges, the latter of which he lost.
As the national Democratic Party becomes increasingly out of touch with its voters and increasingly dogmatic about supporting unlimited abortion on demand, it is encouraging to see that pro-life Democrats at the local level still have the courage to represent their constituents’ anti-abortion views.
Opinion