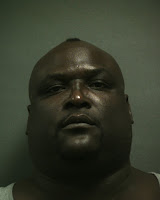 A notorious Amarillo crack cocaine dealer was sentenced today to 188 months in federal prison, announced U.S. Attorney for the Northern District of Texas Erin Nealy Cox.
Earnest Tywane Drone, 39, pleaded guilty to two counts of distribution and possession with intent to distribute cocaine base in March following his arrest by the Amarillo Project Safe Neighborhood (PSN) Task Force.
Launched in January 2019, PSN Amarillo Task Force identified a 7.5 square mile block in the San Jacinto and North Heights neighborhoods of Amarillo long plagued by gang activity, drug traffickers, and violent crime as the targeted enforcement area for PSN Amarillo Task Force operations.
Mr. Drone, who lived in the North Heights neighborhood of Amarillo, was widely known in the community as a crack cocaine dealer who used his residence as a distribution point for his drug trafficking operations. In May 2019, Mr. Drone sold crack cocaine to a confidential government source at his residence. Days later, law enforcement executed search warrants at two crack houses, located in the heart of the North Heights neighborhood. During the PSN Task Force raid, Mr. Drone, along with three others, were arrested.
“The Department of Justice will never tolerate drug trafficking,” said U.S. Attorney Erin Nealy Cox. “Today’s sentencing highlights the dedicated work of the Amarillo Project Safe Neighborhood Task Force to bring one of Amarillo’s most ruthless drug dealers to justice.”
Drone’s high-profile prosecution is just the latest success for the PSN Amarillo Task Force. The initiative saw a 13 percent decrease in violent crime inside the targeted San Jacinto/North Heights neighborhood of Amarillo; this trend continued into 2020, dropping an additional 3 percentage points for a total violent crime reduction of 16 percent.
Additionally, PSN Amarillo experienced a 30 percent decrease in robberies and a 46 percent reduction in aggravated robberies in the targeted enforcement area during the first year of operations.
The Amarillo PSN was launched as the second PSN in the Northern District of Texas and other PSN hotspots include Dallas, Fort Worth and Lubbock. More information on PSN Amarillo can be found here.
The Drug Enforcement Administration, Homeland Security Investigations, United States Marshals Service, Randall County Sheriff’s Office, Potter County Sherriff’s Office, and Texas Department of Public Safety conducted the investigation. Assistant U.S. Attorneys Sean Taylor and Joshua Frausto are prosecuting the case.
Local News