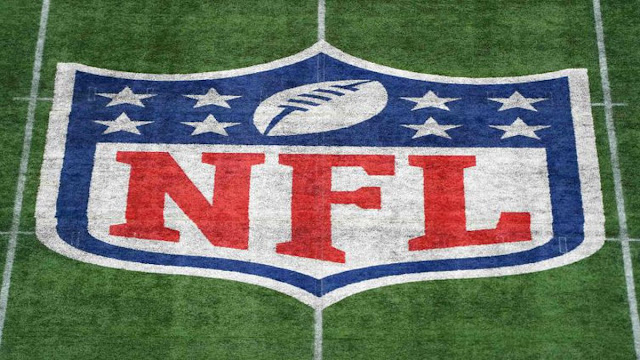 The NFL will require fans to wear face coverings to games once spectators are allowed back, the league confirmed Wednesday.
NFL public relations official Brian McCarthy confirmed the new policy in a tweet, saying the requirement would apply throughout the league.
The season is set to begin Sept. 10, with the NFL Players Association announcing the players will undergo daily testing for the coronavirus. The daily testing will extend through at least the first two weeks of training camp, set to run through August.
Past that point, the NFL plans to slow testing to every other day if the positivity rate falls below an agreed-upon threshold, a Washington, D.C.-area Fox affiliate reported.
At least two teams, the New York Giants and the New York Jets, have announced they will play in empty stadiums in 2020, while the Los Angeles Rams have announced they will play with no or very few spectators.
The Atlanta Falcons, meanwhile, have said the team plans to allow a reduced capacity of 10,000 to 20,000 fans at home games, saying those numbers are in compliance with local requirements and both the NFL's and the Centers for Disease Control and Prevention's social distancing guidelines, according to the Fox affiliate.
Sports