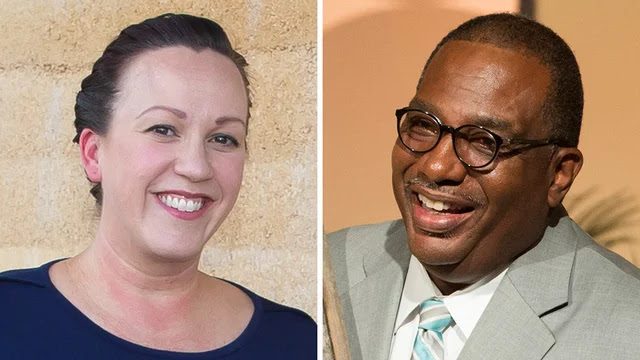 Former Air Force helicopter pilot M.J. Hegar won the Democratic Senate runoff in Texas on Tuesday to face Sen. John Cornyn (R-Texas) in November.
The Associated Press called the race early Wednesday morning with Hegar leading longtime state Sen. Royce West by 52 percent to 48 percent with 79 percent of precincts reporting.
Hegar was the preferred candidate of Senate Democrats’ campaign arm. But she came up short of the 50 percent of the vote she needed to clinch the nomination outright in a March primary that featured a crowded field of contenders.
That put her in a runoff against West, touching off a long and bitter race for the Democratic nomination. West repeatedly raised questions about Hegar’s party credentials, including her decision to vote in the 2016 Republican presidential primary, and accused national Democrats of putting their thumb on the scale for Hegar.
Hegar was the better-funded candidate in the race, pulling in $1.8 million in the second quarter of the year. West raised less than half a million dollars during the same period, and spent only about $24,000 on television advertising attacking Hegar.
Hegar’s win on Tuesday sets her up for a general election challenge to Cornyn.
"Together, we are mounting a Texas-sized winning campaign that will take down Senator Cornyn and deliver real results on health care, racial justice, economic opportunity, climate change, immigration, and gun violence. As a working mom who’s lived many of the challenges facing working families across the state, I’m so proud to lead the effort to take back our state from politicians like John Cornyn who are more DC than Texas," she said in a statement after her victory.
Democrats are increasingly optimistic about their chances in Texas, believing that former Rep. Beto O’Rourke’s (R-Texas) near miss in his 2018 bid against Sen. Ted Cruz (R-Texas) and the state’s rapidly changing demographics presage a sea change in Texas’ historically conservative politics.
Democrats are also hopeful they can flip the Senate this year. They will need to pick up either three or four GOP-held seats, depending on which part wins the White House, to accomplish that.
So far, Democrats’ path to the majority has centered on four states: Arizona, Colorado, Maine and North Carolina. However, a handful of states, including Montana, Iowa and Georgia have come into play for Democrats, who also see Texas as a key pick-up opportunity.
But unseating Cornyn may prove difficult. A former Senate majority whip, the three-term incumbent has amassed a significant war chest; his campaign announced on Monday that it would report having $14.5 million in cash on hand at the end of the second quarter. And most recent polls show him with relatively wide leads in the race.
Texas