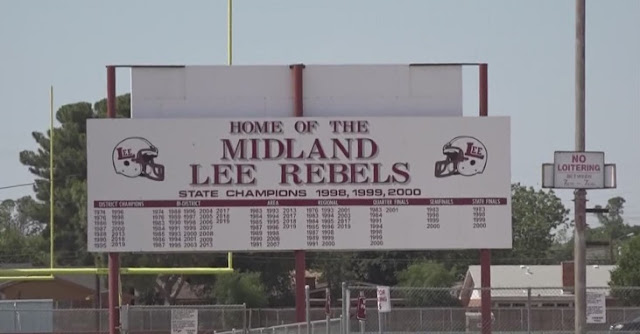 Midland ISD’s Board of Trustees voted 6-1 in favor of changing the name of Robert E. Lee Senior High School and Robert E. Lee Freshman High School in a meeting Monday night.
District 7 school board member Bryan Murry voted against renaming the schools.
A citizen’s committee will be formed to come up with a new name. School Board President Rick Davis stated in the meeting that he wants the committee to include a variety of different groups including current students.
Once the committee decides on a name it will be presented to the school board for approval. The costs associated with the change will not be known until the new name is chosen.
Local News