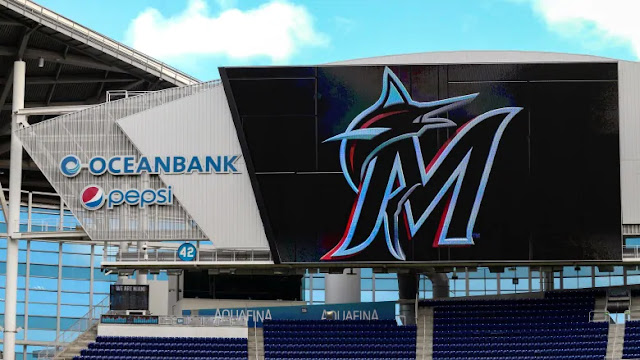 Major League Baseball's Miami Marlins on Monday announced they were canceling the team's home opener after eight more players and two coaches tested positive for the coronavirus, according to ESPN.
The 10 positive tests bring the total in the organization to 14 after the team had previously reported that four players have tested positive for the virus.
The team was slated to play its home opener Monday night against the Baltimore Orioles after having spent the weekend in Philadelphia for a three-game series against the Phillies.
The Miami Marlins' home opener against the Baltimore Orioles Monday night has been canceled, sources told @JeffPassan, as coronavirus cases continue to pop up among the team.
The team will remain in Philadelphia as more players get tested.
The outbreak originally began with four players testing positive, including Sunday's starting pitcher Jose Urena.
“It’s fair to say that guys are concerned,” Marlins manager Don Mattingly said Sunday after the initial positive tests. “We are talking about health. We are talking about these guys traveling back to their families and kids and we want to be safe. They have a voice and we are going to listen.”
Major League Baseball and the Players Association announced Friday that of the 10,939 samples collected and tested in the past week of league personnel, six tests had come back positive for COVID-19, or a rate of 0.05 percent. Of the positive tests, four were players and two were nonplayer personnel.
The league launched its shortened 60-game season on Thursday while announcing an expansion of its postseason from 10 to 16 teams.
Sports