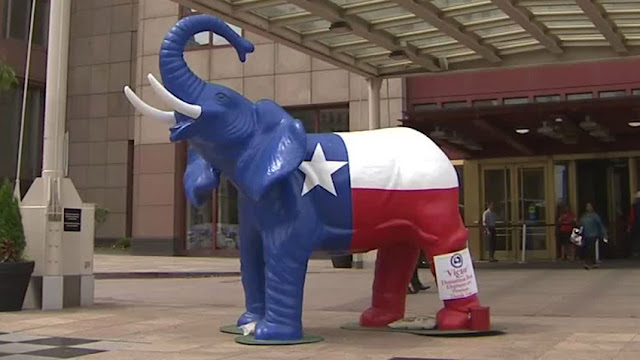 Houston officials are cancelling next week’s in-person Texas Republicans convention as coronavirus cases surge across the state, Mayor Sylvester Turner (D) said Wednesday.
Turner said he instructed the Houston First Corporation, which operates the George R. Brown Convention Center, to exercise its right to contractually cancel the GOP convention that was set to be held next week at the facility.
He denied that the decision was made out of any political interest, and said holding it would have posed a “clear and present” danger to the Houston community.
“[The] Houston health department has done everything they could to try and outline a series of things that could be done to make it safer, but then came to the conclusion that even if you did all of those things, it still would not prevent this convention from being a clear and present danger to the employees, to the delegates, to the people in Houston, to the cities and towns from which they come,” Turner said Wednesday at a briefing.
“After all of that, if you still refuse to recognize the public danger to everyone involved, then I am still the mayor,” he added.
Republican Party of Texas Chairman James Dickey slammed Turner’s decision to cancel the convention.
“After allowing tens of thousands of protesters to peaceably assemble in the same city, in the same area, without any of the safety precautions and measures we have taken, he is seeking to deny a political Party’s critical electoral function that should be equally protected under the constitution,” Dickey said in a statement.
Dickey said the party is weighing its legal options and is prepared “to take all necessary steps to proceed.”
Turner, seemingly responding to Dickey’s statement, highlighted differences between protests and holding a convention amid the pandemic.
“It is one thing to be talking about an indoor convention where people are in close proximity with each other for a substantial amount of time rather than walking outside in a protest. When people are marching and protesting, no one is making lunch/dinner, cleaning up behind them,” the mayor tweeted.
Announcing the decision to cancel the convection, Turner said one of the conversations that ultimately convinced him was with his sister.
“What was the linchpin for me is when one of the people on my staff combined with my sister who said to me, ‘mayor, brother, your mom was a maid working at these hotels, and if our mom was alive today, working at one of these hotels, would you as the mayor still allow this convention to go forward and run the risk of infecting your mom?’ And the answer is no,” he said.
“But you don't have to be my mom, okay, but I am the mayor of every single person in this city, and if you're not willing to step up and do the right thing I am not going to divorce my responsibility and my job,” he added.
The executive committee of the Texas Republican Party last week voted 40-20 to hold an in-person convention of about 6,000 people at the Houston convention center from July 13-18.
The party received extensive criticism from Texas Democrats as well as from some of the convention’s sponsors, including the Texas Medical Association, for refusing to cancel the in-person convention.
Texas