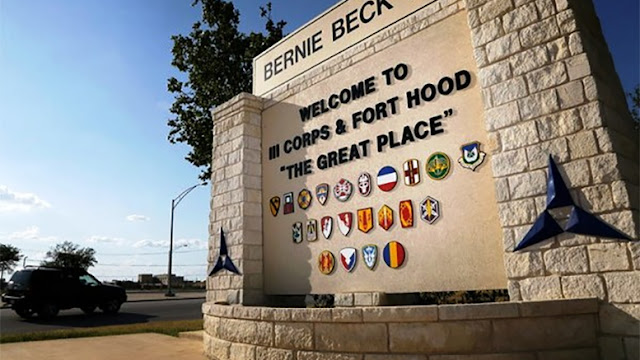 An active-duty Army sergeant from Fort Hood says he was the one who shot and killed a man at a Black Lives Matter protest in Austin, Texas, last weekend, according to the sergeant's attorney.
Sgt. Daniel Perry said he fired at Garrett Foster out of self-defense after Foster allegedly raised an assault rifle toward Perry, according to a statement from the attorney obtained by The Washington Post.
According to the statement, Perry was driving for a ride-share company in downtown Austin on the night of July 25 when he turned a corner toward a protest he did not know was taking place.
At that point, the attorney says protesters began beating on Perry's car. Foster then allegedly approached the car window holding an assault rifle.
The attorney said that Foster gestured with the gun for the driver to roll down the window, and Perry did so because he "initially believed the person was associated with law enforcement."
Perry realized Foster was not an officer, after which Foster allegedly raised his rifle at Perry. The attorney said Perry perceived that as "a threat to his life" and fired at Foster using a handgun he kept in his car.
Police said last weekend that the shooting victim was transported to a hospital and announced dead shortly thereafter.
According to the Post, blurry cellphone footage shows protesters outside Perry's stopped car. Honking can be heard followed by gunshots, along with a woman yelling that "a car just ran over somebody."
Perry's attorney said that the Army sergeant has served in the military for eight years, including a tour in Afghanistan. He is not facing any charges at this time, the Post reported Friday.
"We simply ask that anybody who might want to criticize Sgt. Perry's actions, picture themselves trapped in a car as a masked stranger raises an assault rifle in their direction and reflect upon what they might have done if faced with the split second decision faced by Sgt. Perry that evening," Dallas-based attorney Clint Broden said in the statement.
Foster's mother had said her son and his fiancée had been participating in Black Lives Matter protests in downtown Austin on Saturday and that the couple had been for about the last 50 days.
Texas