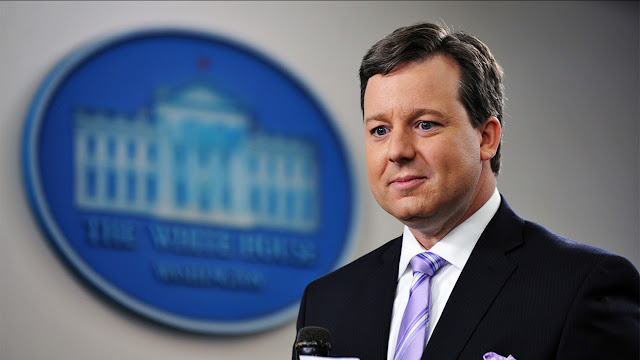 Anchor Ed Henry has been fired from Fox News after an investigation into a complaint about “willful sexual misconduct in the workplace," according to an internal company memo.
"We would like to bring a very serious matter to your attention in an effort toward full transparency given the many actions we have taken to improve the culture here over the last four years," the memo from Fox News Media CEO Suzanne Scott and President and Executive Editor Jay Wallace begins.
"On Thursday, June 25, we received a complaint about Ed Henry from a former employee's attorney involving willful sexual misconduct in the workplace years ago. We immediately retained an outside law firm (which has never represented Fox News in investigations or litigation) to independently investigate the claims. Ed was suspended the same day and removed from his on-air responsibilities pending investigation," they said.
"Based on investigative findings, Ed has been terminated."
Henry joined Fox News in 2011 after several years at CNN. He was named co-anchor of "America's Newsroom" in late 2019.
"Fox News Media strictly prohibits all forms of sexual harassment, misconduct, and discrimination. We will continue striving to maintain a safe and inclusive workplace for all employees,” Scott and Wallace added in the email to employees.
The network said it will rotate anchors in to fill Henry’s spot on "America’s Newsroom" alongside co-anchor Sandra Smith.
The news comes almost four years since then-Fox News Chairman and CEO Roger Ailes was ousted from the network after an external investigation due to sexual harassment claims in July 2016.
National