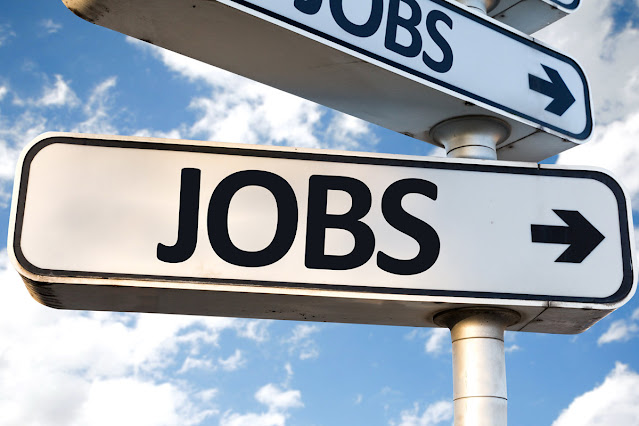 The U.S. economy added 4.8 million jobs in June, according to data released Thursday by the Labor Department, as the gradual easing of coronavirus-related restrictions helped more businesses reopen and bring back workers.
The unemployment rate also fell to 11.1 percent last month, according to the report, as more workers who were laid off earlier this year were able to return to their pre-pandemic jobs.
Economists expected the U.S. to add anywhere between 1 and 3 million jobs in June after the U.S. added 2.7 million in May, according to revised figures, despite widespread predictions of another decline. The solid June jobs report came after the ADP Research Institute and Moody’s Analytics reported Wednesday that private businesses added nearly 2.4 million workers to their payrolls last month.
Like in May, most of June's jobs gains from the rehiring of leisure and hospitality workers that were laid off or furloughed as the pandemic spread through the U.S. The number of workers on temporary layoffs declined by 4.8 million in June to roughly 10.6 million, likely making up most of the month's job gains.
The leisure and hospitality industry added 2.1 million jobs in June, led by a gain of 1.5 million jobs at dining and drinking establishments. The retail industry added 740,000 jobs last month as more non-essential stores were allowed to reopen, and the resumption of non-emergency medical procedures helped the education and health services industry add 568,000 workers.
The continued rebound of the labor market has helped cut the losses of the worst economic downturn since the Great Depression. The U.S. lost more than 21 million jobs between March and April as the pandemic forced thousands of businesses to close and lay off workers.
June's jobs report also gave a clearer picture of the labor market than in the previous months of the pandemic, which showed unemployment lower than its likely actual level.
The Bureau of Labor Statistics said that the June report included substantially fewer misclassified survey respondents, meaning the actual unemployment rate was is likely 1 percentage point higher than the figured reported June. Misclassified workers may have suppressed the unemployment rate by nearly 5 percentage points in April and nearly 3 percentage points in May.
Despite the rising job numbers, surging coronavirus cases across the South and Sun Belt have already slowed the pace of the rebound in many states, according to recent data.
A more current indicator, weekly initial unemployment claims remained elevated at historic levels. For the week ending June 25, new claims came in at 1.43 million, down from 1.48 million the previous week. The figure, while continuing a steady downward trend, was also well above the 1.38 million economists were expecting.
The June jobs report also showed troubling signs of the blow of recession spreading far beyond the industries hardest hit by businesses closures and social distancing orders.
The number of U.S. workers who permanently lost their jobs climbed in June by 588,000 to a total of 2.8 million. The number of workers who've been jobless for at least 15 weeks also rose by 825,000 and those who have been unemployed for more than 27 weeks rose by 227,000.
Economists fear that a national second wave of COVID-19 could derail the nascent recovery and plunge the U.S. deeper into a devastating recession.
“By the time the June jobs report comes out, we will have already started estimating the damage to the labor market wrought by pullbacks and shutdowns of business because of an intensification of the pandemic,” wrote Joe Brusuelas, chief economist at tax and audit firm RSM, said earlier in the week in a preview of the jobs report.
National