Canadians euthanized because of loneliness 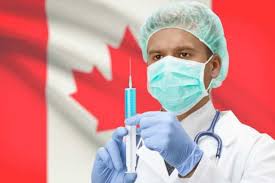 Good grief. We are told that euthanasia is “compassion.” But how compassionate is it when last year in Canada, hundreds of sick people were euthanized because of loneliness?
The country’s 2019 MAID [medical assistance in dying] Annual Report found that 13.7 percent of the 5,631 Canadians killed by doctors asked to be lethally injected because of “isolation or loneliness.” If my math is right, that’s about 771 people, or 64 a month, or two per day. Good grief!
Some of the other reasons people gave for asking to be killed:
Loss of ability to engage in enjoyable activities, 82.1 percent. That’s a serious concern, but with proper interventions, it can be overcome.
Loss of ability to perform activities of daily living, 78.1 percent. Ditto.
“Inadequate control of pain (or concern about it),” 53.9 percent. That’s a scandalously high percentage. Palliative and hospice pain-control experts will tell you that most serious pain in terminal illnesses can be successfully alleviated.
Loss of dignity, 53.3 percent. Again, this is a serious concern but can be overcome with appropriate care.
Perceived burden on family, friends, and caregivers, 34 percent. In other words, people put themselves out of their loved one’s misery.
Emotional distress/anxiety/fear/existential suffering, 4.7 percent.
These statistics are scandalous and should make Canada deeply ashamed.
Alas, most Canadians are proud that their doctors can legally kill sick people whose deaths are “reasonably foreseeable.” Not only that, but the country is now engaged in the process that will expand the conditions qualifying for lethal injection, including incompetent people with dementia if they asked to be put down in an advance directive.
It’s so bad, that in Ontario, if a doctor refuses to euthanize a legally qualified patient or find another doctor he or she knows will kill, they risk professional discipline.
This isn’t just about Canada. The country is our closest cultural cousin. If we swallow the hemlock as our northern cousins have, the same lethal pattern could unfold here.
How bad would it be? Canada has about one-ninth the population of the United States. If the same percentage of people euthanized in Canada were killed by doctors in the U.S.A., it would add up to more than 50,000 medical homicides per year. Do we really want that?
Opinion

Rory Thomas was the first executive director for Lubbock Impact. That non-profit began with two churches' vision of community outreach. It now serves 12,000 people every year.
Jerry Ramirez, a former board president says he can't imagine the organization without Thomas, but that she wouldn't want people to think that.
"Renewing minds, transforming lives, educating families is kind of the mission of Lubbock Impact and transforming lives was what she was all about. She wanted to see people know the Jesus that she knew and she lived that out very well. She modeled it," Ramirez said.
Vanessa Morelion with South Plains Food Bank collaborated with Thomas. She says volunteers wanted to serve at Impact because of her character.
"Full of life. Full of joy. She was always happy, always happy. And she was always grateful for everything that she had and everything that she was able to give to others," Morelion said.
The organization serves a hot meal every Wednesday…

To gain a better understanding of the spread of COVID-19 in Texas and how individuals have responded to it, researchers at the University of Texas Health Science Center at Houston are partnering with the Texas Department of State Health Services to launch the Texas Coronavirus Antibody Response Survey. Texas CARES aims to learn more about the number of people who have been infected in Texas, follow how infections spread over time, understand risk factors for the disease, and inform planning for future health care needs due to COVID-19.
“Texans who participate in this survey will provide valuable information about who has and who has not been infected and how that is changing over time,” said Dr. Eric Boerwinkle, dean and M. David Low Chair in Public Health at UTHealth School of Public Health. “I’m asked all the time about how a person can help in this fight against COVID-19. Well, participating in this survey is one way all Texans can help.”
Survey participants will complete a brief …