Bill Clinton pays respects to John Lewis: 'He got into a lot of good trouble' 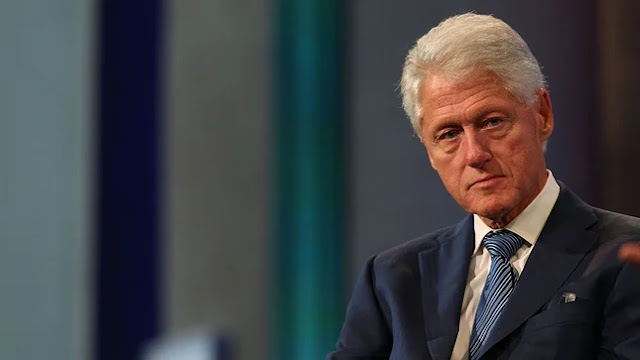 Former President Clinton on Thursday honored late civil rights icon and longtime Rep. John Lewis (D-Ga.) at his funeral in Atlanta, saying the congressman “got into a lot of good trouble along the way.”
“He got into a lot of good trouble along the way, but let's not forget he also developed an absolutely uncanny ability to heal troubled waters,” Clinton said while speaking at Ebenezer Baptist Church. “When he could have been angry and determined to cancel his adversaries, he tried to get converts instead. He thought the open hand was better than the clenched fist.”
“John Lewis was a walking rebuke to people who thought, ‘Well we ain't there yet, we've been working a long time, isn't it time to bag it?’ He kept moving. He hoped for, and imagined, and lived and worked and moved for his beloved community,” the former president added.
During his remarks, Clinton referred to a posthumous essay by Lewis that was published by The New York Times ahead of his funeral on Thursday.
In the piece, which the Times noted was written “shortly before his death” earlier this month, Lewis, who was 15 at the time of Emmett Till’s lynching in Mississippi, recalled his fears at the time, characterizing them like an “imaginary prison.” He added that “troubling thoughts of potential brutality committed for no understandable reason were the bars.”
“Emmett Till was my George Floyd. He was my Rayshard Brooks, Sandra Bland and Breonna Taylor,” Lewis wrote in the essay referring to the recent deaths of Black people in police custody that have led to nationwide protests. Lewis went on to call on the next generation to get into “good trouble, necessary trouble” in efforts to “to redeem the soul of America.”
Clinton, one of three former U.S. presidents to pay respects in person to Lewis on Thursday, said it “is so fitting on the day of his service, he leaves us our marching orders — keep moving.”
“I just loved him. I always will, and I'm so grateful that he stayed true to form: He's gone off yonder and left us with marching orders. I suggest ... since he's close enough to God to keep his eyes on the sparrow and us ... we salute, suit up, and march on,” he added.
Lewis, who served in the House for more than three decades, died at the age of 80 on July 17. His death came months after he announced he had been diagnosed with stage 4 pancreatic cancer.
As one of the first Freedom Riders who was also the youngest person to speak at the March on Washington in 1963, Lewis is remembered for his lifelong commitment to fighting racial injustice.
This week, he was also the first Black lawmaker to lie in state at the Capitol Rotunda.
National