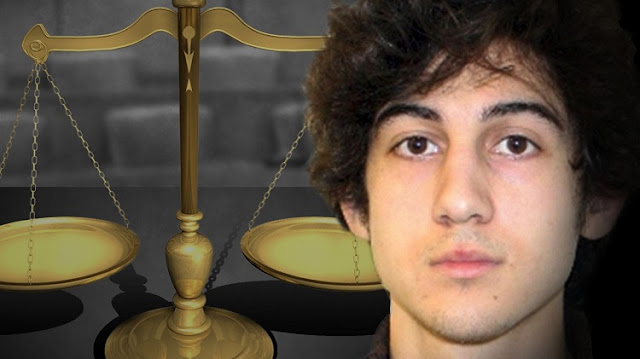 An appeals court overturned the death sentence for convicted Boston Marathon bomber Dzhokhar Tsarnaev on Friday, ruling that the U.S. district court did not properly vet jurors for potential bias.
A three-judge panel from the 1st U.S. Circuit Court of Appeals in Boston upheld Tsarnaev’s 2015 conviction but ordered a lower-court judge to hold a new trial on his sentencing.
The judges emphasized that the ruling does not mean Tsarnaev will be leaving prison anytime soon, if ever.
“Make no mistake: Dzhokhar will spend his remaining days locked up in prison, with the only matter remaining being whether he will die by execution,” the ruling stated.
The April 15, 2013, attack, perpetrated by Tsarnaev and his older brother Tamerlan Tsarnaev, killed three people and injured more than 260 others, including many who were seriously wounded or maimed.
Tamerlan Tsarnaev later died in a shootout with police.
Dzhokhar Tsarnaev was convicted on 30 charges, including conspiracy and use of a weapon of mass destruction.
He was sentenced to death in 2015; the jury had to unanimously agree for him to receive the death sentence.
Tsarnaev’s lawyers have argued that his sentencing trial should not be held in Boston, where jurors have been exposed to heavy local and national media coverage of the attack and its aftermath.
The ruling Friday said that the trial judge allowed his jury to include those who had “already formed an opinion that Dzhokhar was guilty — and he did so in large part because they answered ‘yes’ to the question whether they could decide this high-profile case based on the evidence.”
A spokeswoman for U.S. Attorney Andrew Lelling, who prosecuted Tsarnaev, told Reuters his office is reviewing the decision and will have more to say “in the coming days and weeks.”
National