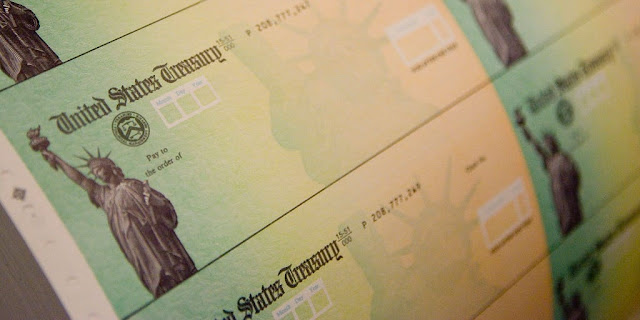 Treasury Secretary Steven Mnuchin has signaled that the Trump administration is considering another round of stimulus checks as many Americans continue to feel the economic sting of the coronavirus pandemic.
“It’s something that we’re very seriously considering,” Mnuchin told the press Thursday, The Wall Street Journal reported. He said that a final decision would be coming on whether President Trump would push for the checks in Congress' next stimulus package.
The initial round of stimulus checks was part of Congress' $2 trillion-plus CARES Act passed in March. Qualifying American adults received a one-time payment of $1200, receiving an additional $500 for every dependent claimed under the age of 17.
The IRS has said that it has paid all eligible Americans that it has enough information on to have received their checks. The total paid out is $267 billion, according to the agency.
In its latest $3.5 trillion stimulus package proposal, the Democratic-led House included another round of stimulus checks. These checks would be larger, offering an additional $1200 each for up to three children claimed instead of $500.
While the House has passed the proposal, Republican leaders in the Senate have said that they wouldn't draft new stimulus legislation until July.
The most recent jobs report from the Bureau of Labor Statistics showed that the economy actually gained jobs in May, though over 40 million Americans have filed for unemployment benefits since the onset of the pandemic.
National