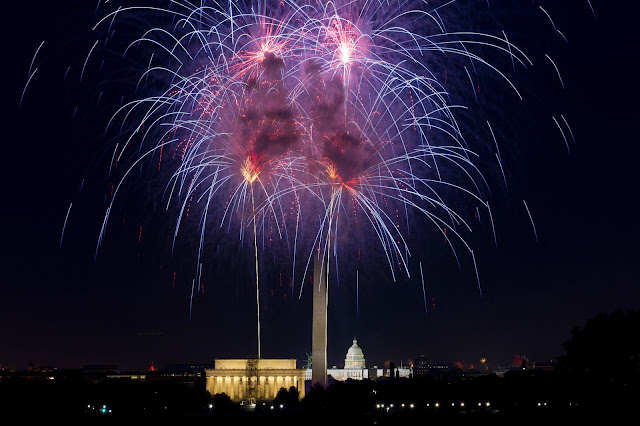 President Trump will host a Fourth of July event despite pleas from lawmakers to cancel over concerns regarding the coronavirus pandemic.
The White House announced Friday that Trump and First Lady Melania Trump, with the Interior Department, will host the 2020 Salute to America on the South Lawn of the White House and Ellipse on July 4. The event will feature music, military demonstrations and flyovers to celebrate the nation’s service members and veterans, as well as an address from the president.
The event comes despite pushback from lawmakers that holding a mass gathering could put people at risk of contracting the coronavirus.
Ten lawmakers representing the National Capital Region sent a letter to the secretaries of the Defense and Interior on Tuesday expressing "serious concerns" about the possibility of a gathering sparking an outbreak, noting that stay-at-home orders in Virginia, Washington, D.C., and Maryland are still in effect.
"Given the current COVID-19 crisis, we believe such an event would needlessly risk the health and safety of thousands of Americans," the lawmakers wrote. The letter was spearheaded by Rep. Don Beyer (D-Va.) and signed by Sens. Ben Cardin (D-Md.) and Chris Van Hollen (D-Md.) and House Majority Leader Steny Hoyer (D-Md.), among others.
"Further, this event would come at the cost of millions of taxpayer dollars while we are facing an unprecedented economic downturn due to the pandemic," they added.
Trump’s July Fourth celebration in 2019 attracted thousands of people to Washington, D.C., and the National Mall, and cost the government about $5 million.
The White House said in a statement Wednesday that "there will be an Independence Day celebration this year and it will have a different look than 2019 to ensure the health and safety of those attending."
National