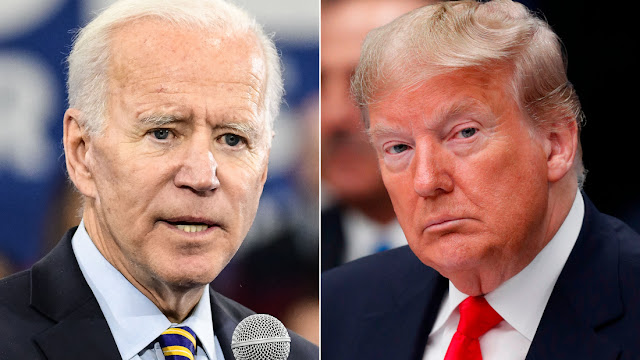 White House press secretary Kayleigh McEnany on Thursday dismissed Joe Biden's concerns that President Trump is going to "try to steal" November's election.
"I think that’s a ridiculous proposition," McEnany said on "America's Newsroom" on Fox News.
"This president’s looking forward to November," she continued. "This president’s hard at work for the American people, and leave it to Democrats to go out there and grandstand and level these conspiracy theories."
McEnany was asked about Biden's comments on "The Daily Show with Trevor Noah" the previous night when the former vice president voiced concern about Trump's actions surrounding the November election.
Biden, the presumptive Democratic nominee, was asked on the show if he had a plan to ensure that all voters have access to casting a ballot in the wake of hours-long lines during the Georgia primary on Tuesday.
"It's my greatest concern, my single greatest concern," Biden said. "This president is going to try to steal this election."
Asked if he has thought about what would happen if Trump refused to leave the White House even if he loses the election, Biden said he was confident military officers "will escort him from the White House with great dispatch."
Biden cited Trump's repeated criticism of mail-in ballots, which the president has claimed are subject to extensive fraud despite scarce evidence proving that is the case.
Experts warn that Trump, who voted by mail in Florida's primary earlier this year, may sow distrust in absentee ballots in a year when voters may be reluctant to vote in person due to the coronavirus pandemic.
Primaries in recent weeks have increasingly relied on mail ballots as voters take into account the health risks of standing in line at polling places. The result has been chaotic in some cases, with voters waiting in line for hours and races taking more time to call as mail ballots are counted.
Trump’s claims about widespread voter fraud date back to 2016. Even after he defeated Democratic nominee Hillary Clinton, he claimed millions of illegal votes were the reason he didn’t win the popular vote. The president later set up a commission tasked with looking for evidence to support his claims, but it disbanded without finding any proof.
National