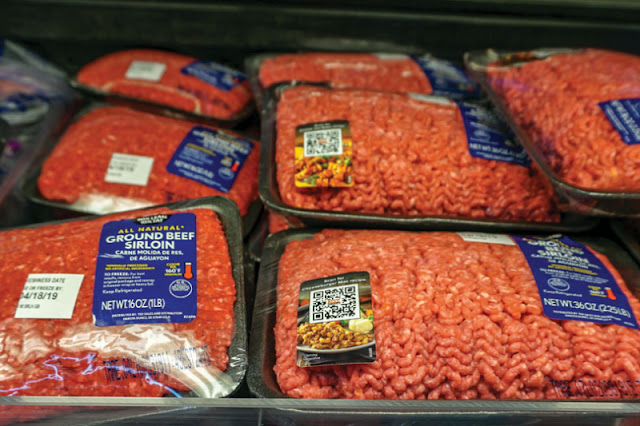 Through mid-May, U.S. ground beef sales increased more than $1 billion over the same time last year. While that’s a large number, it’s only a small sample of COVID-19’s impact on retail meat and poultry, according to Anne-Marie Roerink, 210 Analytics president.

About 60 percent of the gain comes from increased spending per customer, Roerink said. Millennial households were behind the biggest increases in meat spending since the onset of the coronavirus, according to data analytics and research company IRI.

Millennials were the driving factor in the meat industry’s growth but not spending pre-pandemic, IRI noted. Millennials represented $23 out of every $100 spent on meat and poultry during 2019, behind Boomers and Gen Xers, who spent $35 and $32, respectively.

“However, Millennial spending pre-pandemic was rapidly gearing up, at 2.4 times the average, while Boomer spending was slowing down,” Roerink said. “Shoppers under the age of 35 with and without children, and lower and higher income, increased meat and poultry spending by more than 50 percent.”

The average retail price per volume also shows significant upward pressure on retail prices for the week ending May 17 versus the same week in 2019 for beef—particularly ground beef—and pork, IRI reported.

Ground meat and poultry, which were subject to frequent purchase limitations in recent months, showed big gains the week ending May 17 versus the same week in 2019. Factors for increased purchases may include price of ground meat versus muscle cuts, versatility and ease of preparation.

“The overall 26.3 percent meat department gain was fueled by double-digit gains for all proteins,” Roerink said. “The two smaller proteins, turkey and lamb, had the highest percentage gains, but beef easily had the highest absolute dollar gains, followed by chicken and pork.”
Ground beef purchases for the week ending May 17 increased 31.2 percent over the same time last year. Ground turkey was up 33.8 percent, and ground chicken increased 27.1 percent. Ground pork was up 11.3 percent.

“Ground beef has been a pandemic powerhouse,” Roerink says. “For instance, looking at four weeks ending April 19, which encompass the two panic buying weeks, household penetration for ground beef rose seven points to 49 percent of U.S. households, according to IRI National Consumer Panel data. The average household spent $5 more on ground beef than in the prior year, an increase of 30 percent. And the buying frequency increased, with 23 percent of buyers purchasing ground beef two or more times during that four-week period, up 6 percent from 2019.”