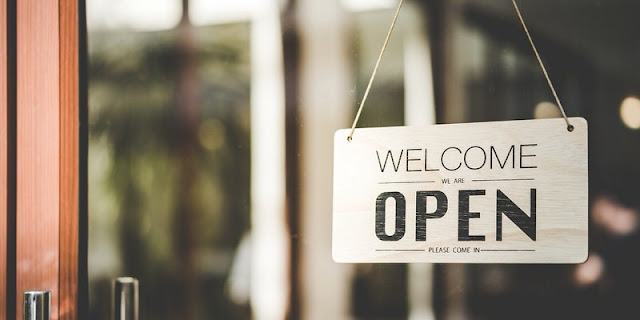 The U.S. added 2.5 million jobs in May and unemployment dropped to 13.3 percent as businesses begin to reopen after coronavirus-related closures, according to data released by the Labor Department on Friday.
The numbers shattered economist expectations that there would be another steep rise in joblessness.
The May jobs report showed one of the largest one-month spikes in hiring in U.S. history after the country lost 20.7 million jobs in April, sending the unemployment rate to 14.7 percent, according to the Labor Department.
Economists widely expected the U.S. to lose anywhere from 2 million to 8 million jobs in May as businesses slowly began to reopen and Americans still practiced social distancing strategies meant to slow the spread of COVID-19.
The U.S. economy instead brought a net of 2.5 million Americans back to work, driven largely by a 2.7 million-decline in the number of people reporting temporary layoffs. The labor force participation rate also rose by 0.6 percent and the employment to population ratio rose by 1.5 percent, two signs that more Americans are entering the workforce after months of lockdowns.
Even so, the number of people who permanently lost their jobs spiked by 295,000 in May, raising questions about the durability of the increase and the length of the pending recovery.
“Today’s jobs report is much-needed good news for the American labor force. It shows that hiring is picking up steam at a rapid rate. But it would be a dangerous mistake to think we are out of the woods," said Josh Lipsky, policy director at the Atlantic Council's Global Business and Economics Program, a nonprofit think tank.
May's job gains were led by 1.2 million surge in employment in leisure and hospitality industry, the industry hit hardest by coronavirus-related closures. The industry lost more than 8 million jobs in April and March, but has begun to recover as restaurants and bars reopen with new measures meant to mitigate the risk of COVID-19 exposure. The hotel sector was one of the few slices of the industry to continue losing jobs, with employment falling by 148,000.
Construction employment also rebounded by 464,000 jobs in May after losing 995,000 jobs in April, and the health care industry gained back 312,000 jobs as state began to allow doctors and dentists to resume nonemergency procedures. Dental offices brought back 245,000 of those jobs after being largely shuttered earlier in the year.
Hiring waves at clothing and accessory stores, automobile dealers and general merchandise stores helped the retail sector regain 360,000 jobs in May, though job losses continues at electronics, appliance and auto parts stores.
The stunning jobs report raises a slew of questions for politicians, policymakers and economists as the U.S. seeks a path out of the deepest economic downturn since the Great Depression. Economists have warned that tracking the damage done by the pandemic is difficult because of the unique and unprecedented ways it has suppressed the economy but largely agreed that more stimulus is necessary.
President Trump quickly seized on the surprising jobs gain soon after the report was released. He touted the report and appeared to take credit for the numbers through a blitz of tweets directed mostly at cable news anchors and former Vice President Joe Biden, his likely Democratic presidential challenger.
"Really Big Jobs Report. Great going President Trump (kidding but true)!" he tweeted. The president also announced he would hold a press conference at 10 a.m.
While the May jobs gain is welcome news amid several rolling crises across the U.S., some economists warned that the depth of the downturn means the country may still need further support.
"This is good news and we should be happy that the unemployment rate is coming down and jobs are being added," tweeted Jason Furman, who chaired the White House Council of Economic Advisers under former President Obama.
"In part it reflects the fact that stimulus is working. We need more of it!"
National