Trump 'will not even consider' renaming Army bases 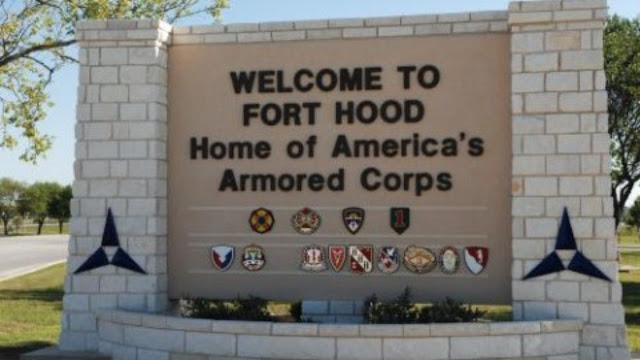 President Trump said Wednesday he "will not even consider" renaming Army bases that were named for Confederate leaders after top military officials indicated recently they are open to the idea.

In a series of tweets, Trump argued the bases have become part of U.S. history that should not be “tampered with.”

“These Monumental and very Powerful Bases have become part of a Great American Heritage, and a history of Winning, Victory, and Freedom,” he tweeted, adding that “HEROES” who won two world wars were trained on the “Hallowed Grounds” of the bases.

“Therefore, my Administration will not even consider the renaming of these Magnificent and Fabled Military Installations,” Trump continued.

Minutes after Trump posted his comments, White House press secretary Kayleigh McEnany began Wednesday’s briefing by distributing them to reporters and reading them in their entirety from the podium.

"That was directly from the president. We spent some time working on that, and I wanted to deliver that to you," she said.

The Army said Wednesday it had no comment on Trump's tweets.

The stance the Army announced Monday marked a reversal from as recently as February, when the service told Task & Purpose it had no plans to change the name of any base, including those named after Confederate military officers. At the time, as in years prior, the Army argued the bases were named in the "spirit of reconciliation."

The about-face came amid nationwide protests over police brutality and racial injustice sparked by the death of George Floyd, an unarmed black man who died when a police officer who has since been charged with second-degree murder knelt on his neck for more than eight minutes.

Protesters and state and local governments have moved to bring down multiple Confederate statues and monuments since Floyd's death on May 25.

Trump has repeatedly defended the statues too as an integral part of American history.

The Army has been under increasing pressure to rename the bases, with advocates for doing so arguing it is not appropriate to honor those who took up arms against the United States and fought to preserve slavery.

Retired Army Gen. David Petraeus recently argued in The Atlantic that “Lee, Bragg and the rest committed treason” and that the Army “should not brook any celebration of those who betrayed their country.”

"These bases are, after all, federal installations, home to soldiers who swear an oath to support and defend the Constitution of the United States," Petraeus wrote. "The irony of training at bases named for those who took up arms against the United States, and for the right to enslave others, is inescapable to anyone paying attention. Now, belatedly, is the moment for us to pay such attention."

Asked about Petraeus's op-ed, McEnany argued it would be insulting to soldiers based at the installations to rename them.

"Fort Bragg is known for the heroes within it that trained there, that deployed from there," she said. "And it’s an insult to say to the men and women who left there, the last thing they saw on American soil before going overseas and in some cases losing their lives, to tell them that what they left was inherently a racist institution because of a name. That’s unacceptable to the president, and rightfully so."

Congress is beginning to consider this year’s NDAA this month.

McEnany also questioned where to "draw the line" against parts of American history some people find offensive, citing streaming service HBO Max’s decision to temporarily pull the Civil War drama "Gone with the Wind" from its platform while it works on adding historical context.

She also raised presumptive Democratic presidential nominee Joe Biden’s past opposition to school busing and remarks the former vice president made defending his work with segregationists.

“I’ll leave you with the question, should we then rename the Biden Welcome Center?” she said, reading from a paper on the lectern ending the briefing.

Amid discussions about the Army bases, other military services have in the past week banned the display of the Confederate battle flag.

On Friday, the Marine Corps issued guidance banning public displays of the flag, including on clothing, mugs, posters and bumper stickers, following up on Commandant Gen. David Berger’s February commitment to do so.

On Tuesday, the Navy followed suit by announcing it too would ban the flag on bases and ships.