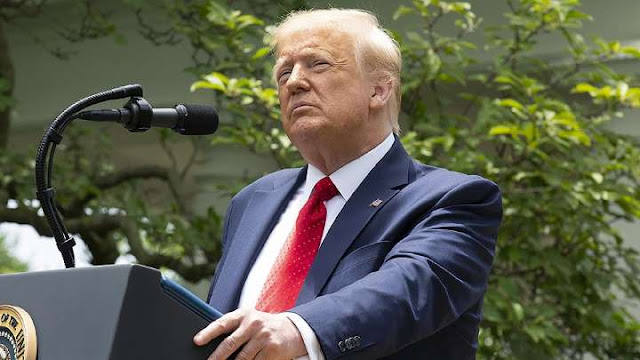 President Trump on Friday warned individuals against protesting in Tulsa, Okla., ahead of his Saturday campaign rally there, suggesting any demonstrators would be treated harshly.
“Any protesters, anarchists, agitators, looters or lowlifes who are going to Oklahoma please understand, you will not be treated like you have been in New York, Seattle, or Minneapolis,” Trump tweeted Friday. “It will be a much different scene!”
Trump has heavily criticized Democratic leaders in New York, Seattle and Minneapolis for not sufficiently cracking down on demonstrations that have erupted across the country to protest racism and police brutality in the wake of the death of George Floyd.
The city of Tulsa has announced a curfew for Friday and Saturday in order to prevent violent protesting around Trump’s rally, which has been shrouded in controversy since the president initially announced plans last week to hold it in Tulsa on June 19.
Trump was forced to move the date to June 20 after widespread outcry over the campaign’s decision to not just stage the event on Juneteenth, an annual holiday that marks the end of slavery in the United States, but to stage it in Tulsa, the site of one of the deadliest incidents of anti-black racial violence in the country in 1921.
The Trump campaign has also faced criticism for holding the large-scale event during the coronavirus pandemic, prompting concerns from the city’s health department.
The campaign plans to distribute masks and hand sanitizer to attendees as well as perform temperature checks before the rallygoers enter Tulsa’s BOK Center. The venue holds 19,000 people, and the campaign said it has received more than 1 million requests for tickets.
Attendees have also been asked to sign a coronavirus waiver.
Trump has been repeatedly criticized for his handling of the protests in the wake of Floyd’s killing at the hands of police in Minneapolis.
While Trump has expressed outrage at Floyd’s death, he has also sharply criticized protests that have at times turned violent and has demanded that states more forcefully crack down on the demonstrations.
Trump earlier this month threatened to dispatch active-duty troops to areas that do not sufficiently suppress the demonstrations. The president has more recently excoriated Washington Gov. Jay Inslee (D) and Seattle Mayor Jenny Durkan (D) for failing to dispel a group of protesters that have occupied part of the city.
"You have a governor who doesn’t do a damn thing about it, and you have a mayor that doesn’t know she’s alive," Trump told reporters on Monday.
"If they don’t do the job, I’ll do the job," Trump continued, without offering specifics.
National