Trump supports another round of stimulus checks 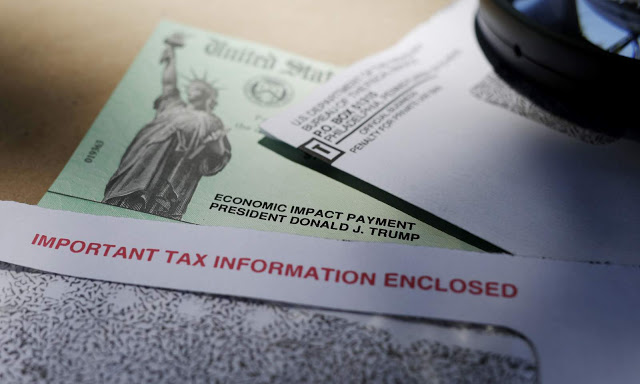 President Trump said Monday that he would support another round of stimulus checks to help the economy bounce back after the coronavirus pandemic.
The president confirmed he was open to a second stimulus check in an interview with Scripps local TV news. When asked about whether he was going to give Americans another round of payments, he said, “Yeah, we are. We are.”
“We will be doing another stimulus package,” he added. “It will be very good. It will be very generous.”
When he was asked how much will be provided, Trump answered, “You’ll find out about it.” The president said he expected the decision for a second round to be bipartisan and occur over the next couple of weeks.
A White House official told NBC News that another round of direct payments is “part of something the economic team is studying,” adding, “No decisions made yet.”
Most American adults received up to $1,200 as part of the coronavirus stimulus bill passed by Congress in March. The IRS reported in early June that it has processed 159 million payments.
However, several Republican lawmakers have signaled that they may not back another round of checks. Senate Republicans said earlier this month that they would rather focus on the loan program for small businesses, state and local funding, and increased Social Security benefits.
The $3 trillion House-passed HEROES Act includes a second round of stimulus checks as well as more funding for state and local governments and adjustments to the Paycheck Protection Program.
But Senate Majority Leader Mitch McConnell (R-Ky.) has not brought the bill to the Senate floor, and Trump signaled he would veto it if it reached the White House, as his officials have called it an “ideological wish list.”
National