Trump signals he will submit new paperwork on DACA 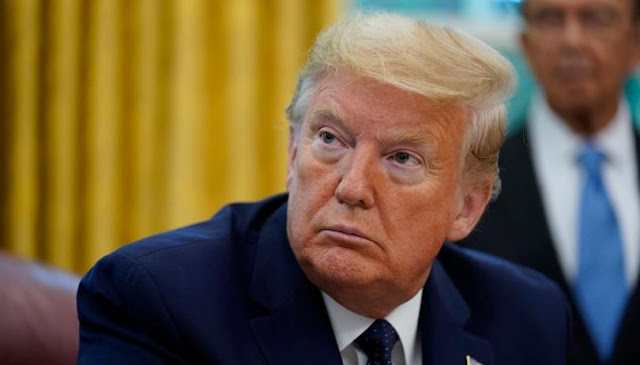 President Trump on Friday signaled he plans to submit new paperwork to attempt to rescind the Deferred Actions for Childhood Arrivals (DACA) program after the Supreme Court blocked his first attempt to do so.
"We will be submitting enhanced papers shortly in order to properly fulfil the Supreme Court’s ruling & request of yesterday," Trump tweeted. "I have wanted to take care of DACA recipients better than the Do Nothing Democrats, but for two years they refused to negotiate — They have abandoned DACA."
The Trump administration in 2017 rescinded DACA, the Obama-era program that shields young undocumented immigrants who were brought to the U.S. as children from deportation. The move was a central feature of the president's efforts to restrict immigration.
The White House rejected a deal in 2018 that would have included $25 billion in funding for a wall along the southern border in exchange for a pathway to citizenship for the roughly 700,000 "Dreamers" who are protected under DACA.
The two sides have been unable to come close to terms on an immigration deal since.
But the Supreme Court ruled on Thursday in a 5-4 decision that the administration failed to give an adequate justification for terminating the program as required by federal law.
“The dispute before the Court is not whether [the Department of Homeland Security] may rescind DACA. All parties agree that it may. The dispute is instead primarily about the procedure the agency followed in doing so,” Chief Justice John Roberts wrote in a majority opinion that was joined by the court's more liberal justices.
Trump's move to quickly reinstate his rescission of DACA is likely to make shock waves in any future immigration negotiations in Congress.
During a short visit to revelers outside the Supreme Court Thursday, Sen. Dick Durbin (D-Ill.) said the Senate should take up the American Dream and Promise Act passed last year by the House, almost certainly a non-starter with Republicans.
But Durbin said he worried that Trump would take a page from the immigration ban in 2017 and 2018, where the administration filed subsequent versions of the order until one passed the Supreme Court's muster.
"I am worried about that, that's why I've called on the White House: Lay off DACA for the remainder of this year, at least let a new president come in and address this," warned Durbin.
Trump's indication that he will take another crack at ending or altering DACA could also be a potentially perilous political move in the months before an election.
A Politico-Morning Consult poll published this week found 68 percent of Republicans want to protect Dreamers from deportation.
National