Trump says he will move Republican convention out of North Carolina 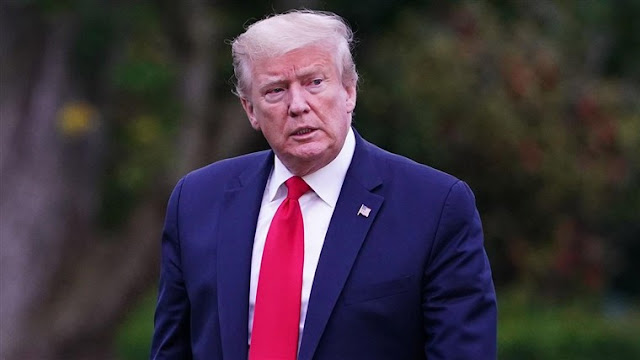 President Trump on Tuesday night signaled he will move the Republican National Convention out of North Carolina after the state and the GOP clashed over potential restrictions due to the coronavirus.

“Had long planned to have the Republican National Convention in Charlotte, North Carolina, a place I love. Now, @NC_Governor Roy Cooper and his representatives refuse to guarantee that we can have use of the Spectrum Arena,” Trump tweeted.

“Governor Cooper is still in Shelter-In-Place Mode, and not allowing us to occupy the arena as originally anticipated and promised,” he continued, saying the party is “now forced to seek another State to host the 2020 Republican National Convention.”

The decision capped weeks of tension between Republican officials and Cooper over whether the massive event could take place without limits on crowd size and requirements that guests wear masks due to the coronavirus pandemic.

The convention, which is scheduled to begin Aug. 24, typically attracts thousands of people from across the country. Convention organizers said they wanted 19,000 delegates, staff, volunteers, elected officials and guests to attend the event.

Health experts have cautioned against holding large gatherings as the coronavirus outbreak persists.

Similar concerns have increased the likelihood that the Democratic convention may take place virtually, but Trump has been adamant he wants an in-person event to mark his nomination for reelection.

Cooper said in a letter to Republican National Committee (RNC) leaders earlier Tuesday that it was a “necessity" to plan for a "scaled-down convention with fewer people, social distancing and face coverings."

“With the Nation, the State of North Carolina and the City of Charlotte still under states of emergency it’s important to conduct the RNC convention accordingly,” Cooper wrote to RNC Chairwoman Ronna McDaniel and Republican National Convention President Marcia Lee Kelly.

“As much as we want the conditions surrounding COVID-19 to be favorable enough for you to hold the Convention you describe in late August, it is very unlikely. Neither public health officials nor I will risk the health and safety of North Carolinians by providing the guarantee you seek,” he wrote.

Trump has lambasted Cooper, a Democrat, in recent weeks for refusing to commit to allowing the convention to be held at “full attendance,” threatening to pull the plug on plans to hold the gathering in Charlotte.

The decision to withdraw the event from Charlotte after it was in the works for roughly two years will likely have significant financial implications for the Republican National Committee given the change was made so close to the event.

Republican officials over the past week have insisted they would prefer to keep the convention in Charlotte, but GOP leaders in other states quickly lined up to pitch themselves as alternative sites.

Governors in Georgia and Florida have signaled an interest in hosting the gathering, and RNC officials reportedly visited Nashville, Tenn., this week to assess the city as a potential site.

Anthony Fauci, a top infectious disease expert and member of the White House coronavirus task force, said on CNN last week that officials should “reserve judgment” on whether to hold national political conventions.

"I mean, if we have a really significant diminution in the number of new cases and hospitalizations and we're at a level where it is really very low, then, again, according to the guidelines, you may be able to go to whatever phase you're in and have some sort of a capability of gathering,” Fauci said.

"But I think we need to reserve judgment right now because we're still a few months from there. Hopefully, we will see that diminution. If we don't, then, as I said before, I would have significant reservations about that," he added.