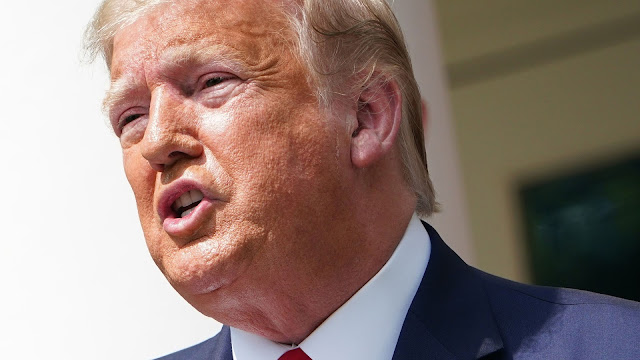 President Trump will push back his planned rally for next week by one day to avoid overlapping with Juneteenth, he said Friday, citing widespread criticism that the campaign event would fall on the same day that commemorates the end of slavery.
"We had previously scheduled our #MAGA Rally in Tulsa, Oklahoma, for June 19th – a big deal. Unfortunately, however, this would fall on the Juneteenth Holiday," Trump tweeted late Friday night.
"Many of my African American friends and supporters have reached out to suggest that we consider changing the date out of respect for this Holiday, and in observance of this important occasion and all that it represents," he continued. "I have therefore decided to move our rally to Saturday, June 20th, in order to honor their requests."
The president was scheduled to rally supporters in Tulsa, Okla., on June 19 in his first campaign gathering in more than three months amid the coronavirus pandemic. But the timing and location of the event drew swift backlash, particularly given the ongoing unrest over police brutality and racial injustice following the death of George Floyd.
The shift marked a rare instance of Trump giving in to criticism.
The rally would have fallen on Juneteenth, a day that memorializes the end of slavery. The site of the rally, Tulsa, was home to a notorious instance of racial violence hundreds of black people were massacred 99 years ago.
"This isn't just a wink to white supremacists—he's throwing them a welcome home party," Sen. Kamala Harris (D-Calif.) tweeted earlier in the week.
"Tulsa was the site of the worst racist violence in American history. The president’s speech there on Juneteenth is a message to every Black American: more of the same," Rep. Val Demings (D-Fla.) tweeted.
Trump and his allies defended the timing of the rally. The president told Fox News the date was not intentional.
"Think about it as a celebration. They’re always a celebration,” Trump said. "In the history of politics, I think I can say there’s never been any group or any person that’s had rallies like I do."
White House press secretary Kayleigh McEnany said Juneteenth was a "meaningful day" for Trump, citing his accomplishments that have benefitted African Americans.
The president has endured criticism for his response to the protests stemming from the death of Floyd, who died after a police officer in Minneapolis knelt on his neck for nearly nine minutes.
Trump has condemned Floyd's death as a "disgrace," but has largely avoided engaging with protesters' demands for policing reform and solutions for racial inequality. He has instead focused on the need for "law and order" and threatened to crack down on unruly demonstrations, while administration officials have disputed that there is systemic racism in law enforcement or more broadly.
National