Troops to stay at the border through 2021 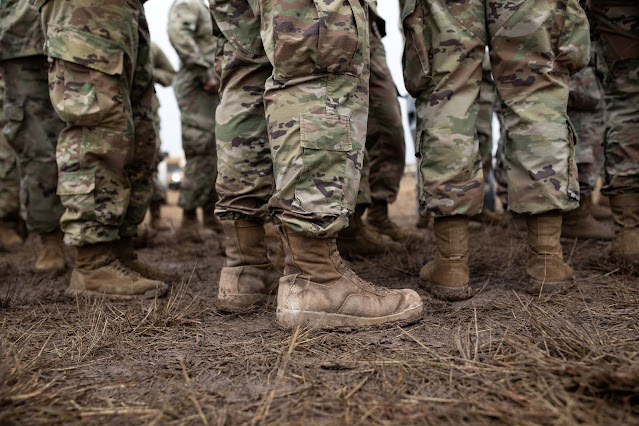 U.S. troops will remain at the country’s border with Mexico through late next year, though the number of service members there will diminish by about 1,500, the Pentagon announced Thursday.
Defense Secretary Mark Esper has approved a request from the Department of Homeland Security to continue military support to the southern border, with up to 4,000 troops authorized through September 2021, according to a Defense Department statement.
The newly authorized number — which continues the now two-year-plus mission at the border — is 1,500 less than the currently approved troop level of roughly 5,500 and will take effect in October.
The service members will largely be from the National Guard, in a support role to U.S. Customs and Border Protection agents, which cuts back on the number of active duty personnel at the border. Those troops currently make up roughly half of the service members deployed.
“DoD and DHS constantly review the situation along the border, adjusting requirements as necessary to maintain the safety and security of the American people,” Pentagon spokesman Lt. Col. Chris Mitchell said in the statement.
Securing the U.S. southern border has been a hallmark of President Trump’s 2016 and 2020 election campaigns, with his oft-touted wall serving as the centerpiece of his agenda to crack down on illegal immigration.
Months before the 2018 midterm elections, for example, Trump decided to send 5,000 U.S. troops along the border to handle an anticipated migrant caravan, a move criticized by Democrats in Congress as a political show.
National World