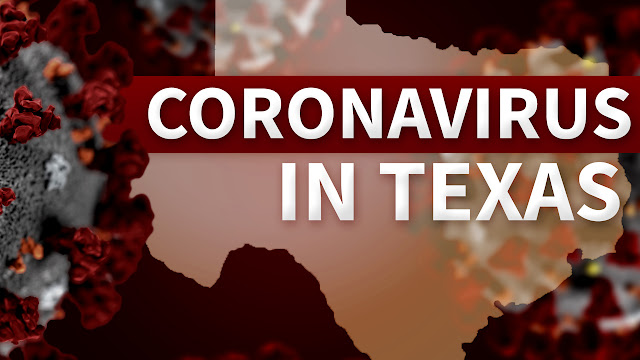 Texas Gov. Greg Abbott (R) on Tuesday urged people to stay home as the state registered the highest number of new hospitalizations due to the coronavirus, marking the fifth consecutive day of rising hospitalizations.
Abbott reported that 2,622 people tested positive on Tuesday for the coronavirus, a new daily record for the Lone Star State. The prior record had been set on June 10, when 2,504 tested positive.
The state’s Health and Human Services Department also reported that 2,518 lab-confirmed COVID-19 patients are currently in Texas hospitals, up from 2,326 on Monday. Hospitalizations have been on a steady upward trend since May 25, when about 1,500 were hospitalized.
“If you do not need to go out, the best advice is still to stay at home,” Abbott said at a press conference in Austin.
Abbott announced on June 3 that the state would enter its third phase of reopening, allowing restaurants to use 75 percent of their capacity and allowing most businesses to operate at 50 percent capacity or more.
Local officials in Travis County, which includes the state capital of Austin, have extended stay-at-home orders in recent days in response to the rising number of COVID-19 hospitalizations. The “Stay Home, Work Safe” order that was set to expire on June 15 has been extended to Aug. 15.
There are an estimated 36,000 active coronavirus cases in Texas. Nearly 2,000 Texans have died from the coronavirus.
Abbott on Tuesday stressed that the Texas medical system has more than enough capacity to deal with the surge in hospitalizations.
Texas has reported 14,993 available hospital beds, a 78 percent increase since mid-March.
Abbott said there is only one county in the state where 10 percent of hospital beds are taken up by COVID-19 patients. The average statewide is 6.3 percent, Abbott said.
State officials said hospitalizations remain at a “manageable level” and that the system is not at risk of being overrun by new COVID-19 patients at this point.
“There has been a nationwide effort ... to slow the spread of COVID-19 so we could prevent hospitals from being overrun,” Abbott said. “That goal has been achieved.”
“The increased occupancy of hospital beds, it does raise concerns, but as shown today, there is no reason right now to be alarmed,” Abbott added. “Even though there are more people hospitalized, we still remain at the lowest threat level [for occupancy].”
Abbot attributed the spike in cases to batched data coming in from “congregate settings” such as prisons and nursing homes.
He said that testing in nursing homes is nearing 100 percent and that more than half of the state’s jail and prison settings had been tested. In many cases, Abbott said, the jail and prison population has a higher infection rate than the rest of the population.
Texas