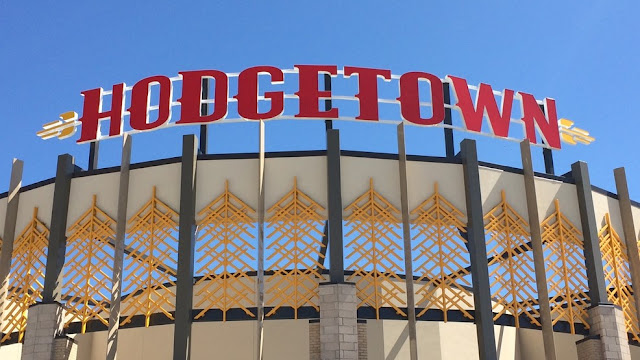 The 2020 Texas Collegiate League game schedules have been announced for the Amarillo Sod Squad and Amarillo Sod Dogs wood-bat college baseball teams. The two teams will play 30 games combined at Hodgetown from June 30 to August 2. All games at Hodgetown will be scheduled to start at 7:05 p.m. CT except for Sunday games, which will start at 6:05 p.m. and tickets go on sale Thursday, June 18. A full game schedule can be found here.
Highlighted daily promotions will include Weiner Wednesdays ($1 hot dogs), Thirsty Thursdays ($2 domestics and sodas), and Friday Night Fireworks. Saturday, July 4 will feature an Independence Day Fireworks Celebration at Hodgetown.
The Sod Squad, Amarillo’s first team, will open the 2020 season with a three-game series at Hodgetown against the San Antonio Flying Chanclas on Tuesday, June 30. The Sod Dogs, Amarillo’s second team, make their home debut on Friday, July 3 when they take on the Round Rock Hairy Men for three games.
The Sod Dogs will continue home games through the next week with six games against the Texarkana Twins and Frisco RoughRiders from July 7 to July 12.
The Sod Squad will return to Hodgetown for a six-game home stretch from July 14 to July 19 against the Texarkana Twins and Frisco RoughRiders. Then, from July 21 to July 26, both Amarillo teams will face off against each other for the first and only time in 2020.
The regular season will conclude during the final week of July and into August when both the Sod Squad and the Sod Dogs each take on Tulsa for three games at home.
The regular season will be followed by a week-long postseason. The postseason format will begin with a three-game divisional series played by the top two seeds from each division. The winner of each division will then face off in a winner-take-all championship game for the Gerald Haddock Trophy.
Ticket prices range from $5 to $12 depending on ticket type and seating location. Fans can purchase tickets online on Thursday, June 18 beginning at 12 p.m. at www.SodPoodles.com. For ticket information, call 806-803-9547 or email tickets@sodpoodles.com. In-person orders will also be taken at the Hodgetown box office Monday through Friday, 10 a.m. to 5 p.m. beginning Thursday, June 18.
Group and hospitality options are now available for booking at Hodgetown. For inquiries or questions about groups of 20 or more, reach out to groups@sodpoodles.com.
Social distancing protocols will be in effect during all games at Hodgetown.
The TCL is currently represented by 250-plus players from 91 different colleges and universities. Some of the more nationally-recognized schools sending their standouts to the TCL include Alabama, Arkansas, Baylor, Cal State Fullerton, Dallas Baptist, Houston, Long Beach State, Oklahoma, Oklahoma State, Oral Roberts, Pacific, Rice, Texas, Texas A&M, Texas-Arlington, Texas State, Texas Tech, and Wichita State, among others.
The Texas Collegiate League is Texas' first major collegiate summer wooden bat league and has played for 17 seasons.
Local News Sports